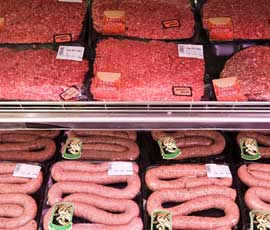 Labour’s shadow DEFRA team has made the “Best of British” food its theme for its summer tour of county and farming shows.

Shadow farm minister Huw Irranca-Davies met with farmers and producers at last week’s Devon County Show to discuss how government and the sector can work together to promote British food.

In the wake of the horsemeat scandal, Labour wants to strengthen and shorten links between the consumer and producers. This will lead to environmental benefits of shortening the transport miles of our food, and also allow consumers to know where our food comes from.

Labour is also looking at how it can promote more British food through procurement and use the ‘Best of British’ produce to help educate consumers on the nutritional values of freshly cooked and affordable produce.

Mr Irranca-Davies said: “The summer shows offer an excellent opportunity to speak with farmers and food producers about what we can do to celebrate and promote the unique identity of many special British foods to highlight the relationship between specific products, people and places.

“Following the recent horsemeat scandal there is now an appetite for more British produce among consumers and this is being reflected in new consumer habits.”

A recent survey by the Grocer magazine and YouGov showed 29% of people wanted to buy more British meat.

“Now that we know there is this surge in demand, we need to make sure British farming and food production can supply this demand in the years to come,” added Mr Irranca-Davies.

“Labour will work hard to achieve this goal as part of our food policy development and we look forward to engaging with farmers and food producers when working with them over the coming months”.