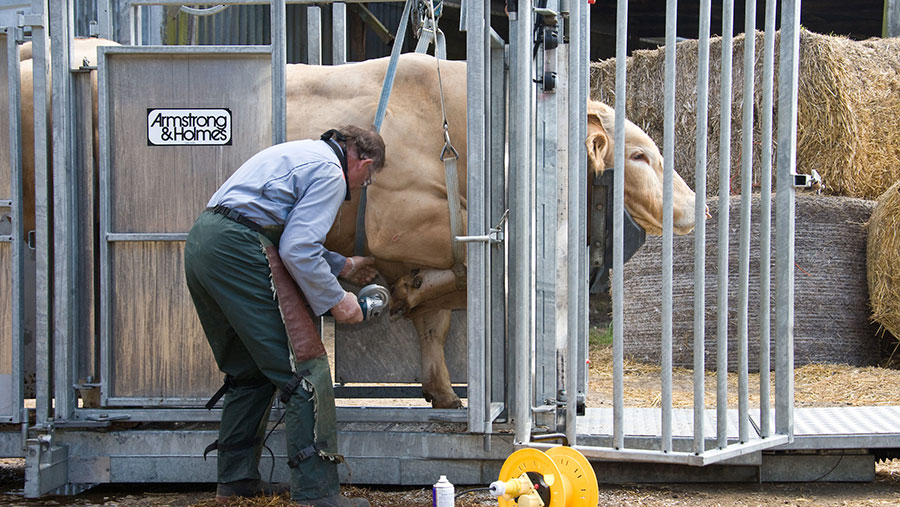 A scheme offering farmers in Wales grant support to invest in new machinery or technology has been undersubscribed during the first two application rounds.

The Farm Business Grant (FBG) scheme has the potential to deliver £40m to farmers in Wales over four years, offering between £3,000 and £12,000 for farm businesses that meet turnover criteria and other conditions.

But it has now emerged the grants are going unclaimed because farmers don’t have the cash available to match-fund them.

According to official figures, the first funding application window for the FBG closed on June 30 and had a budget allocation of £6m.

The second application window, which closed on September 29, had a budget of £7.6m.

Grants have helped to pay for equipment for livestock weighing, borehole establishment, handling equipment and for feed-storage facilities.

A Welsh government spokesman said the level of interest in the scheme had met expectations, but the average grant requested was less than predicted.

“This reflects uncertainty in the industry and a lack of available capital to match-fund these projects,” he said.

The level of interest was known to be high because farmers had to attend “Farming for the Future” meetings to qualify to apply and every meeting was at capacity.

The third application window is due to open on 2 January 2018 and run until 2 March.

It is anticipated there could be a higher level of interest at this point because many farmers will have received their Basic Payment, which would ease any cashflow difficulties.

The farming unions are urging the government to widen the scope of eligible projects, to include quarantine units and infrastructure to improve grass use, among others.

John Davies, deputy president of NFU Cymru, said although farmers had not made full use of the grant so far, the scheme had a positive outcome.

“So far there are over 800 businesses who have sought to make their farms more efficient.”

The government says the Farming for the Future events have made farmers focus more closely on business performance as there has been a sharp increase in demand for Farming Connect services.