No-one wants to find their farm on the pathway of a large infrastructure project, but knowing the basics of the process and your rights can make all the difference.

Often large compulsory purchase schemes can be mooted for years, but then suddenly become real. Landowners need to act quickly and at the right time to ensure they are in the strongest position possible. 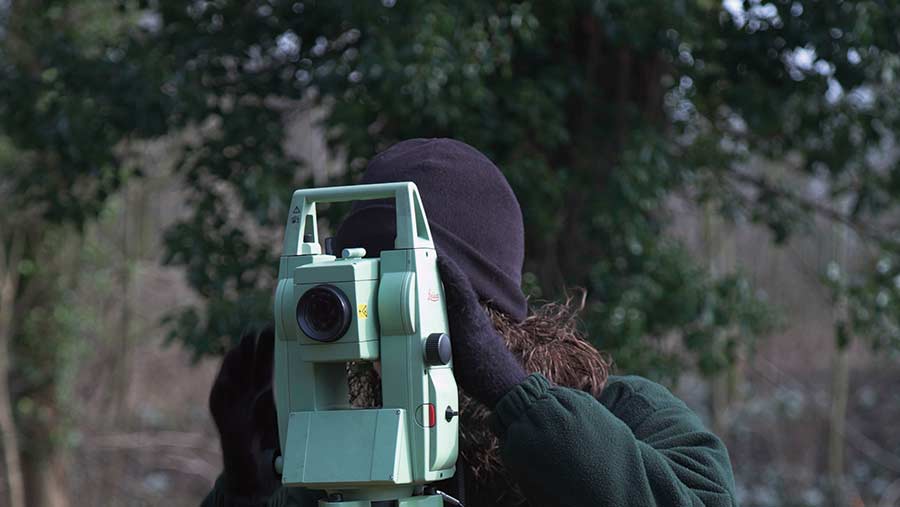 Compulsory purchase is a major area of law that gives an acquiring authority the right to take ownership of property and land for a construction project.

The laws governing compulsory purchase grant ongoing power to an organisation such as a utility company to carry out work, or a more specific project may be allowed through a specific Bill or Order.

Before a specific Order is created, which will bestow compulsory purchase powers and any other statutory planning powers, the company involved will have to go through a process of referencing and information gathering, explains Strutt & Parker national partner Frank Brereton.

This includes demonstrating the need for the project and completing research on the site’s ecology, topography and general suitability. For this the company will need access to the land.

“So the first indication of an upcoming project may be a knock at the door when a surveyor arrives to carry out the initial research,” says Mr Brereton.

“Or [you could] receive a ‘requisition for information’ notice asking you to confirm your ownership or occupation. Failure to respond can become a criminal offence.”

From that moment on it is important to find out as much as possible about the project and to keep up to date with any information released, Mr Brereton advises.

It is also important to be clear on who you are dealing with and what power they have. Usually it is the sub-contractor, not the main party.

Sometimes they may only be seeking access by negotiation, other times they can have powers to access your land.

“The main thing is to make sure you know what they are going to do and watch that they stick to it,” says Mr Brereton.

Once the research is complete and any other initial stages of compliance are finished, a compulsory purchase order may be sought. The secretary of state will then take the decision on whether to grant this power.

At this stage, landowners should again try to glean as much information as they can. Large schemes have dedicated websites and will issue updates and newsletters and the local press should normally keep residents informed.

At this point it may also be time to consult an adviser, says Mr Brereton.

Your right to object

It is worth bearing in mind that landowners do have the right to make a formal objection.

“Be aware that objections can be costly,” warns Mr Brereton. “If [your objection] is upheld, and the scheme is blocked or amended on the back of your objection, there is a good chance you will be able to reclaim your costs of the proceedings.

“If the objection fails you will be responsible for the costs of bringing the action, so assess your chances carefully.”

As the process moves on into consultation and maybe a full public inquiry, individuals have the right to make representations about their situation.

This might be by way of a written response, but it is sometimes possible to speak at an inquiry.

Assuming the acquiring authority successfully obtains a compulsory purchase order, it will then seek to acquire the land or rights it needs from property owners.

There are three ways it can approach this:

“During this time it is important to be aware of your duty to mitigate losses,” warns Mr Brereton.

This affects developments. For example, it would be unwise to erect a new shed on the land that is to be purchased if it had clearly been done expecting to increase a claim.

In this case there will be no extra compensation to cover that cost.

“However, it is also important to understand that this is a big grey area. It is not always clear at what stage you have to act in knowledge of a scheme.

“When some schemes take decades in the planning it becomes a cruel part of the legislation because it creates uncertainty and can stifle long-term investment,” he adds.

Where an acquiring authority only takes part of the property, it must do what it can to reduce the effects on the business by putting in appropriate “accommodation works”.

For example, if a road splits a farm, a private road bridge connecting land parcels might be built.

The important element here is to understand what the scheme will change and to make a thorough assessment of the likely implications. This should be done as early as possible, Mr Brereton advises.

“Starting discussions with acquiring authorities early on will improve your chances of getting what you want.

“Be brave in what you ask for to put yourself in the best possible position once the work is done. If you delay, the authority will be less likely to revisit plans.”

Another point to consider is known as “severance and injurious affection”.

“If a scheme splits your property, what a landowner is left with may be worth less than it was before.

“It is vital to set out to the acquiring authority everything you can think of that will have an effect on your business when claiming compensation,” says Mr Brereton. This will include how a property’s capital value has been affected.

The effects can be wide-ranging, though, and it is important to think of the details. For example, a new road sited nearby might expose machinery and equipment sheds to greater risk of theft.

Likewise, detail is important when it comes to assessing the costs of dealing with the scheme and changes to a business, such as professional advice.

Any reasonable cost should be recoverable. It should include the cost of your solicitor and a valuer, for example.

It is worth confirming with the authority at the outset that it will cover these costs. “If they refuse later on to cover everything you could be saddled with an unforeseen bill,” warns Mr Brereton.

Charge for your time

Where land is acquired it is also deemed fair that time taken to deal with issues connected to the compulsory purchase can be costed once a notice has been served.

One of the most important things is to record everything to do with the case. For example, time incurred in dealing with the scheme can usually be charged at £20-£35/hour, he says.

“Use a notebook and keep receipts of anything of relevance that is incurred, from the time taken to meet the acquiring authority, to litter picking next to the construction site.

It will prove invaluable, as it is all too frequent that people have poor records, he warns. “An authority is far more likely to accept costs when it sees they have been carefully logged,” adds Mr Brereton.

Once you have a handle on the effect on your property, a claim can be put together and submitted. This is when the serious negotiations begin and it is vital that a landowner is properly advised and represented.

The timing of submitting a claim and what is included will depend on the scheme and how a landowner is affected. For example, some effects can only be assessed after the work has been completed and the scheme is operating.

“The timeframe is deemed necessary in law to show accurately that a newly constructed project is causing difficulty through nuisances such as lighting, noise, dust or litter,” he concludes.

Unfortunately, where large schemes and complex elements of the legislation are involved, claims can take some time to be concluded.

The value of the land/property

Once formal notices have been served to start a compulsory purchase, the landowner can submit a claim for advanced compensation up to 90% of the estimated loss.

Where parties are so severely affected that their remaining property is permanently blighted, they can request that the acquiring authority buys all of their property, whether included in the scheme or not.

Neighbouring landowners may also have rights to compensation, even if none of their own land is being compulsorily acquired for a scheme.

Rights to compensation for permanent depreciation in value of a property – or disturbance caused by the works – are available once the scheme has been completed.

In some instances a claimant’s remaining land can be “severed” from the main farm holding or severely affected due to a new road or railway and additional compensation may be due to cover this loss.

It is important that claimants know their rights in these situations and ensure they receive the correct levels of compensation.

In certain situations, a scheme could actually improve the value of neighbouring land, for example by creating improved access.

Improvements, known as”‘betterment” would be set off against other losses suffered.

Payments for disturbance and losses suffered are claimable by both landowners and occupiers. Be aware that an acquiring authority will have the right to terminate secure agricultural tenancies on land they are purchasing.

Claimants are advised to take professional advice at the outset of a compulsory purchase scheme and the majority of professional fees incurred throughout the process can be reclaimed and should be done so as quickly as possible.