James Prewett, of Knight Frank assesses the 2011 land market in the West Midlands and makes his predictions for 2012

The West Midlands and Welsh borders market has been characterised by scarcity and variable demand and has become increasingly polarised.

The value of quality bare arable land has increased while lower-quality pasture farms with a strong residential element have stagnated. Purchaser profile depends on location and type of holding but as 2011 closes, farmers are dominant across most sectors.

• The average value for bare land in the region for 2011 is £7,500/acre, with sales in Herefordshire, Worcestershire and the Cotswolds being particularly strong.

• Although most buyers are regional farmers, there is still city interest for the right asset

• Cost of borrowing and interest rates

2012 outlook – what will happen to land prices?

Prices are likely to remain flat in the final quarter of 2011 but will rebound in the first half of 2012. In the West Midlands we expect to see growth of 3% over the next 12 months. At the end of 2011, Knight Frank has had a flurry of new farms to offer on both open and private markets.

We are expecting a slight increase next year. Knight Frank has more than 1,000 acres available privately in Worcestershire and Herefordshire in addition to several farms to come onto the open market next spring.

Residential farms in upland areas that are difficult to lot can prove challenging. Clearly demonstrating positive attributes, being realistic about guide price and having a clear marketing strategy are key.

Sale highlight of the year for Knight Frank in the West Midlands and Welsh border counties was a bare parcel of arable land in Worcestershire which sold in the particularly strong private market in the spring. It averaged nearly £8,000/acre across 1,000 acres. Size of the parcel, consistency of soils, location and good access were key. 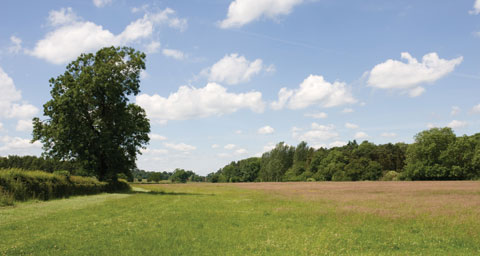