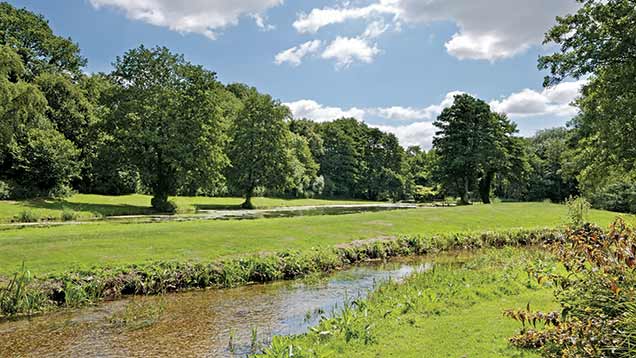 Sale highlight of the year: Damerham Fishery, Fordingbridge, Hampshire. Run as a commercial fishery, with leisure fishing and corporate entertainment. It received a lot of interest including those looking to run the commercial side in connection with other farming activities in the region. The property is sold subject to contract in excess of its £1,850,000 guide price.

James Prewett of Knight Frank outlines what the key features of the Central South land market were in 2014 and predicts what 2015 could bring.

The farmland market was volatile during the first three quarters of 2014. The amount of land available remains low and many of the farms on offer have had issues for purchasers to consider. The reasons to sell remain limited mostly to the three Ds of debt, death or divorce. Despite the high average age of those working in the industry, retirement sales of whole farms remain fairly rare.

Unless there are any swift changes to the capital taxes system or a major upturn in overseas investment opportunities, we don’t think there will be much change in the amount of land available.

A well-equipped arable farm with nice house and sporting potential, extending to 1,500 acres and more, which is well suited to contract farming and offers a good level of amenity.

A small farm of about 100 acres with five or so cottages, some with occupancy restrictions.