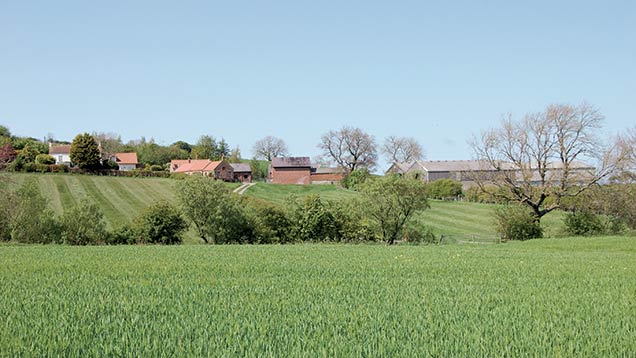 Sale highlight of the year: Sheraton Farm, near Hartlepool. 142 acres of pasture and arable land with a four-bedroom principal house, two-bedroom bungalow, two-bedroom cottage and a range of traditional and modern farm buildings. Sold for £1.8m in November

Tom Mason of George F White outlines what the key features of the North East land market were in 2014 and predicts what 2015 could bring.

The land market began 2014 in buoyant mood with all types of property finding buyers quite readily. However, the dip in arable and livestock commodity prices later in the season caused caution among both buyers and funders.

Values are not expected to increase at the same high rate as in the past three years, but are not likely to fall either.

Investment in land will continue to be a safe haven for non-farmers. The ever-ageing farming community without successors will realise their asset, and it is predicted that the same quantity of land and farms will come to the market in 2015.

The relaxation of planning criteria in a rural economy will see more traditional steadings being developed.

Well-equipped arable units of a commercial size will be in greatest demand among both investors and established farmers.

Smaller parcels of bare arable land are likely to show a further increase in value due to the demand from established neighbouring units seeking to spread fixed costs.

Pure marginal hill units will continue to be more difficult to sell due to the high cost to equip them.

Although CAP income in the form of entitlements and environmental schemes will help, purchasers and funders are showing a degree of caution over long-term profitability.