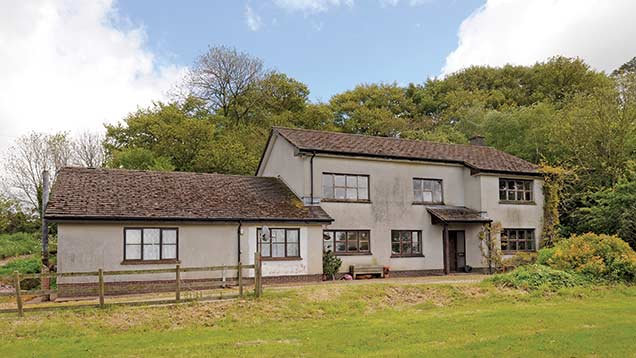 Sale highlight of the year: Woodhay Farm, Exeter. It went under the hammer in June for £1.3m off a guide of £1m. With 149 acres of arable land and pasture, pockets of woodland, a 1980s farmhouse (AOC) for modernisation and a range of modern farm buildings, Woodhay generated interest from local and national buyers. It sold to an award-winning local dairy farmer.

Andrew Dodds of Stags, outlines what the key features of the South West land market were in 2014 and asks what 2015 could bring.

Across the West Country there was strong demand for commercial farms in 2014, particularly those with good communication links or where many farmers are expanding their businesses. The return in confidence to the residential market meant farms that were offered in lots saw the strongest demand and subsequently achieved the highest prices. Buyers were split between established local farming businesses and those moving from the South East.

The effect of the general election and new farm support system are the two unknowns of 2015. Elections tend to cause a pause in the wider property market, but given that the farms and land market has traditionally held its value, and the continued shortage of supply, Stags does not expect the ballot to have a major effect. Similarly, the transition from the SPS to BPS is likely to be smoother than the switch from Iacs to SPS, and as a result should not have adverse implications for the market.

We anticipate land values will increase at a similar rate to 2014. There will always be specific occasions where local competition or development money drives prices to an artificial high, and these sales can distort the overall market averages.

We expect a mid single-figure increase, year on year.

There is strongest demand from those seeking a commercial dairy farm of 250 acres or more or a decent-sized ring-fenced livestock farm. 100-acre blocks of easy-working arable land with good road access are also particularly sought after by acquisitive local farmers. Pony paddocks close to villages always sell well, often at incredible premiums.

Most farm and land sales come with some degree of complication, and while some locations and farm types are more sought after than others, any farm will sell if priced correctly and exposed to the widest possible market.