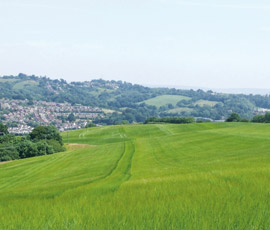 The Royal Institute of Chartered Surveyors has said farmland prices hit yet another record high during the first half of 2013 and are expected to rise further in the next 12 months.

In its latest rural land survey, RICS said during the first six months of the year the cost of farmland had jumped to £7,440/acre across the UK.

Across Great Britain, the survey estimated that bare land prices were highest in the North West (£8,813/acre), while the cost an acre was lowest in Scotland (£4,438/acre) – although still at a record level.

But STFA chairman Christopher Nicholson has accused RICS of attempting to talk up the land market and expressed fears “this hype” would be reflected in the rental sector in a couple of months’ time.

“The capital cost of land rarely reflects its agricultural productivity and this is true in the rental market as scarcity causes rents to overtake profitability,” he said.

“It is high time common sense was brought to bear and sitting tenant rents become based on the real worth of the land, that is, what the farm can produce, rather than what it could fetch in an over-heated market stoked by profit-driven land agents.”

STFA said it would be using the forthcoming review of agricultural holdings to press for radical change to the way in which farm rents are set, to ensure tenants’ businesses are not crippled by unreasonable rent demands.

The RICS rural land survey is based on actual farm land values including on-site residences, as well as opinion-based estimates from surveyors for pure bare land.

The growth in prices was largely being driven by commercial farmers seeking to expand their operations, although investors were also seeing land as an economic safe haven, said the report.

Land price staggering over past decade