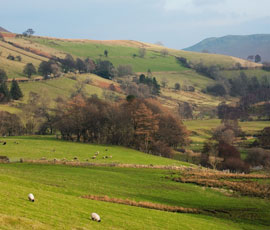 Average land values in Great Britain increased by 3.9% in the first half of 2012 said Savills, meaning 5% growth for the year is likely.

Supply levels to date suggest by the end of June the volume of land publicly marketed will be similar to that marketed during the first half of 2011. This overall volume is suspected to be higher because of a number of private transactions.

Land values have strengthened since the first quarter and average values for all land types have increased in the second quarter with a 2.5% increase for all land, 3.4% for grade 3 arable and 2.1% for prime arable, according to provisional figures by Savills.

The eastern counties saw the most significant growth with prime arable value growing by 4.6% and grade 3 arable growing by 3.6% in the East Midlands.

The overall increase for grade 3 arable in England was 4.5% and in Scotland, 3.2% in the first half of 2012, putting forecasts firmly at 5% growth for the year.