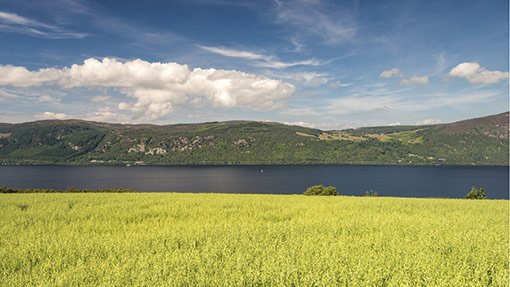 Sales of let farmland are the exception in Scotland. Most let farmland exchanges privately in off-market transactions and of those, the vast majority involve either the sitting tenant acquiring their farm from their landlord or vice versa, writes Bell Ingram director Mark Mitchell.

These were established in 2003 so the market is still quite new.

This year will see the sale of the Co-op landholding in Scotland which, if lotted, would include all manner of tenure.

The marketing and sale of land subject to seasonal grazing licences and short-term SLDTs is relatively common, but this because vacant possession can be readily given by the owners to purchasers and values are not therefore discounted.

Unlike south of the border in England, there would not appear to be any significant increase in the number or acreage of let farms sold in Scotland. This is in all likelihood due to Scotland’s “right to buy” legislation.

Many tenants of secure agricultural tenancies have taken the opportunity to register their right to buy and this significantly restricts a landowner’s options.

Essentially any discussion about a sale can trigger a right to buy and therefore landlords are understandably reluctant to open a can of worms without good reason.

Where let farms are changing hands, in my experience it tends to be the whole farm that is sold, though the tenant might retain the farmhouse when the landowner acquires the bare land, adding it to their own holding.

On occasion part of a holding might be sold, but almost always in my experience this takes place between landowner and tenant.

The reasons for the sale of let land in Scotland are in many ways similar to that of in-hand farmland – the tenant may have reached retirement age and have no successors or the landowner may wish to cash in on the farm and invest the proceeds elsewhere.

The type of let farms trading in Scotland can’t be neatly pigeon-holed as any particular type of farm and are a mixture of arable and livestock units with purchasers being a combination of sitting tenants and landowners.

There is little evidence of neighbouring farmers or investors acquiring let farms.

The majority of let land is sold privately off-market, between landlord and tenant, with a minority sold on the open market.

Of the tenanted farms sales that I have been involved with, a discount on vacant possession value is always negotiated.

Typically a 30-40% discount from vacant possession value is agreed in sales of farms let on secure long-term tenancies.

However the exact level of discount very much depends on the level of investment made by landlord or tenant and also most importantly on how keen either party is in wanting to acquire or dispose of the land.

Like all negotiations, realistic views on both value and discount need to be held by both parties to avoid wasted time and money.

Let farms don’t generally take longer to sell than vacant farms. If both parties do their homework, take a reasonable view on value and involve their solicitors at an early date, then progress can be rather quicker as potentially no marketing period is needed.

Given the ongoing review of the tenant farming sector by both the UK and Scottish governments and the debate on the absolute right to buy, I don’t anticipate more let land coming on to the market this year than in any other year.

Beyond the political machinations is also the implication of CAP reform, so I expect most farmers to sit tight until they see which way the wind blows.

Irrespective of legislation and regulation, both vacant possession land and let land will continue to be bought and sold and the value of the latter will be set by the value of the former, which in turn will be driven by the economics of demand and supply and what the banks are willing to lend.