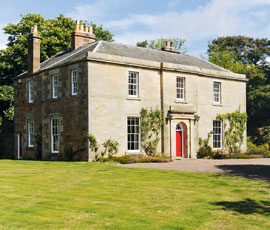 A flurry of activity has seen a range of farms hitting the market – some in areas that have seen little or no open market activity so far this year.

Savills is launching four Scottish farms this week and next, three of which are mixed holdings in Wigtownshire, Dumfriesshire and Lauderdale ranging in size from 231ha (570 acres) to 301ha (744 acres) and in price from £2.25m to £2.95m.

Until now, Herefordshire has had no farms openly marketed this year. In the Wye valley, the 169ha (419-acre) Sheepcote, near Hay is for sale at £3m through Brightwells.

The executor sale includes a stone-built , six-bedroom farmhouse with adjoining cottage, three bungalows, traditional buildings, dutch barns and general purpose buildings. Almost half of the land is in arable crops.

The same firm is selling Hollingwood Farm, near Abbeydore in south-west Herefordshire, for £2m. This 91ha (225-acre) mixed farm is on the market for the first time since 1922, having had substantial recent investment, especially in the large range of buildings. Hollingwood has a five-bedroom brick and stone house and currently runs 12,000 free-range layers, with the potential to expand to 34,000 birds. (Brightwells 01432 343800)

Robinson & Hall has two large farms for sale on behalf of one family. Lying very close to Royal Wootton Bassett, Wiltshire, Thunderbrook Farms has development potential and includes a farmhouse (subject to a protected occupancy) and three cottages. The 366ha (905 acres) of clay soils have traditionally been used for dairying, but are currently two-thirds arable and one-third pasture. Guide price for the whole is £6.25m.

This farm and another in the portfolio, Burrows Hill Farm at Chatteris, Cambridgeshire, are subject to rolling Farm Business Tenancies, which can be terminated with effect from September 2012.

For those seeking grade 1 and 2 silt land, Savills also has Mawgre Farm with 187ha (462 acres) near Goole in East Yorkshire. The range of farm buildings includes about 1,500t of grain storage. A five-bedroom farmhouse in need of improvement and single farm payment entitlements are included in the £2.9m guide price. (Savills 01522 508933)