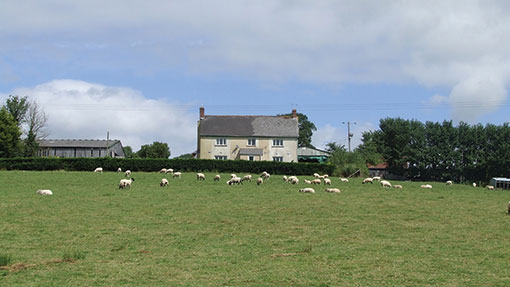 Some areas saw more let land sold in 2013 than for the past several years, while in others it was a quiet year. Farmers Weekly gets a regional perspective on this market

We sold more let land in 2013 than in recent years – including 14 transactions over 2,695 arable acres. This was mainly whole farms subject to Agricultural Holdings Act (AHA) tenancies and all on the open market.

It’s difficult to tell why there was an increase in let land for sale but the higher values have helped as tenanted values have followed vacant values up. Therefore it was an opportune time to take some profit.

Among our sales, about 30% of the buyers were the sitting tenants and 30% institutions, with the balance made up by local landowners and private investors.

Last year we saw prices paid for let land that were in excess of 60% of the vacant values. Each situation is different depending on the likelihood of tenancy succession, rent levels and other factors.

In a rising market if the buyer’s perception is that vacant prices are going to increase further then you would expect the gap to narrow and that is evident in a few cases.

It’s important in let sales to have all the tenancy documentation available and up to date as buyers focus on this in their due diligence. This includes making sure that all past memoranda, schedules of consents and so on have been found so as not to cause any delay once a sale is agreed.

At the moment we are not seeing it but the high prices may bring more let land forward. We believe the market is going to remain firm over the next 12 months as we and others have more buyers than sellers on our books. We certainly have a few unsatisfied under-bidders from the farms we sold in 2013.

In total, 2,700 acres was publicly marketed. However, this includes the sale of a significant acreage in a company tenancy forming part of a large farm disposal in the North East. If this area is excluded, the 2013 let land acreage sold would actually be 37% lower than in 2012.

This may be in part due to the result of rising land values driving investors to hold land and in some instances wait for vacant possession.

The only AHA land sold was the tenant’s leasehold interest mentioned above. Almost half (1,280 acres) of the let land marketed was subject to a Farm Business Tenancy (FBT), most of which was under notice or terminable in a short period.

The majority of these sales were equipped farms, with the 2013 market dominated by one significant arable land sale. The figures for 2012 show a more normal trading year dominated by mixed and livestock farms, making up 75% of the sales; this is typical for the region.

We see a broad spectrum of purchasers, most often tenants with a desire to own the farm and, with access to funding, will purchase due to their ability to unlock the vacant possession premium.

Investors are typically looking for bare arable land without the maintenance liabilities that buildings and houses bring. The topography and climate of the North East means there is a greater proportion of livestock and grassland farms, thus investor demand is typically weaker than, say, the south or east of England.

Our figures are based on publicly marketed land; the number of private sales is unknown.

However, anecdotal evidence shows a relatively active private market with notable numbers of tenants buying the freehold of their farms.

The gap between investment and vacant land values has marginally narrowed. However, the gap is often very dependent on the type of farm, location and other farm and tenant specific issues, therefore it is difficult to draw meaningful trends.

The most common issue in the sale of let land is the uncertainty a sale generates for the farm tenants; often they have occupied the farm and land for generations and have worries about a change of landlord and their management approach.

Let farms can take longer to sell than vacant farms. Investors often take a more cautionary approach to purchases, compared with a neighbouring farmer who knows the land and area very well.

There has been very little land brought to the market thus far in 2014.

In both 2012 and 2013, significant sales of land held by plcs dominated the market, therefore supply is difficult to predict. The best estimate at present is for a similar acreage or slight reduction.

Very few let holdings or blocks of land come to the market each year as most landlords are in for the long term or, if the property is subject to an FBT, prefer to wait until the tenancy finishes so they can obtain the vacant possession premium.

However, some opportunities do arise and often attract good interest from investors due to the inheritance tax (IHT) benefits of owning farms and land. A number of enquirers then fall by the wayside when they realise the very low yields apparent – often 1-2% for AHA holdings.

In 2013 Coxwell Farm at Exbourne, near Okehampton, Devon, was offered for sale by Stags, subject to a 17-year unexpired FBT.

The farm totalled almost 131 acres, with the landlord’s property being a traditional farmhouse, a traditional barn, and three modern farm buildings.

It was guided for sale in the region of £600,000-700,000 and has now sold within this range after competitive interest representing a 30-40% discount on vacant possession value.

Rowden Farm, Noss Mayo, South Devon, an excellent mixed farm of more than 200 acres was sold “off-market” with between 12 and 24 months of an FBT to run. The price achieved reflected a premium over open market vacant possession levels.

Let farm or land sales require a complete understanding of not only the tenancy situation but also taxation consequences by both parties, as well as their solicitors, to stand a chance of coming to fruition.

Agricultural law is a specialist subject and expert advice is necessary. Let land sales often take longer than vacant possession sales, not only to find the right buyer but also to reach exchange once a sale has been agreed due to the added complexities.

A vacant possession premium is often available, further enhancing a sitting tenant’s desire to purchase, which can lead to a number of off-market and unreported sales.

The let land market has been historically quiet, with let farms forming part of larger estates rather than being sold in their own right.

A 624-acre farm let on an FBT was sold last year but there have been no farms subject to AHA tenancies (unless part of a larger estate) sold in the last three years.

The few examples have been mixed, and usually bought by investors rather than their tenants.

For AHA tenancies, I estimate the gap between let land and open-market values at between 50-70%. The key issues which affect value are tenant age, profile, number of successions left and whether 50% or 100% IHT relief is available.

For FBTs I would argue that an FBT of three years of less won’t affect value; anything longer and it will.

Let farms shouldn’t generally take longer to sell than vacant farms provided the selling team is prepared. However, complications arise with let sales where there is no tenancy agreement or where it has been lost. There must be clear definition of what are landlord’s and tenant’s fixtures and improvements.

Whether more or less let land will come on to the market in 2014 is hard to say but I think more may be offered. Investors who do not farm are starting to talk about land values levelling out. If they own (and let) land and have no tax reasons to hold, now is as good a time as any to cash in.