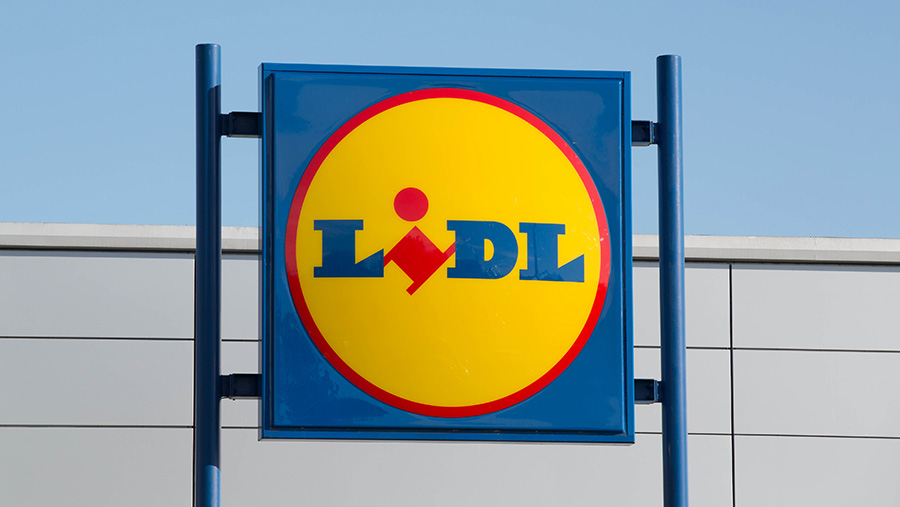 Lidl GB will spend £15bn with British suppliers over the next five years and has pledged to increase sales of British-sourced fresh meat, poultry and fresh produce by more than 10% over the next 12 months.

This announcement follows its commitment to sourcing 100% of its fresh poultry from UK farms.

The goals will be achieved through Lidl GB’s store expansion programme, enabling its suppliers to sell more, and dedicating more space in store to fresh meat, fish, poultry and fresh produce.

See also: Is herd expansion the answer to dairy profitability? The options assessed

British products will also be prominently promoted, including as part of a “Pick of the Week” offer, the company said.

Lidl GB has introduced longer-term contracts with its key suppliers of meat, poultry, dairy and fresh produce to help give farmers more certainty and allow them to develop their businesses.

The contracts vary in length to suit the needs of the producer. For example, Lidl’s contract with Muller has increased from one year to three years and includes a fixed farmgate price.

A young farmers’ programme designed to support new talent in the industry has also been launched.

Ryan McDonnell, chief commercial officer at Lidl GB, said: “Our business is only ever as good as our suppliers, so our investments and commitments are key to ensuring that they can invest and expand with us.

“Our long-term partnerships with farmers are all the more important during economic uncertainty.”

Fran Bell, a dairy farmer supplying Lidl through Muller, said: “Our farming business had committed to large capital investments to modernise and promote efficiencies in preparation for including the next generation within our business.

“The Lidl fixed-price scheme has given us certainty, within a volatile market, to lock in a percentage of our milk at a known price for two years.”