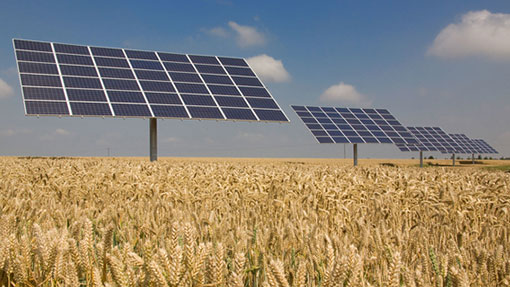 Defra secretary Liz Truss’ views on solar farms are “misguided” and show a “clear lack of understanding”, according to the Country Land and Business Association (CLA).

The minister aired her views on solar farms in an interview with the Mail on Sunday (19 October).

She told the newspaper: “[Solar farms] are ugly and a blight on the countryside and are pushing production of meat and other traditional British produce overseas.

“I’m not against them per se but it’s a big problem if we are using land that can be used to grow crops, fruit and vegetables. We import two-thirds of our apples, and using more land for solar panels makes it harder to improve that.”

“Land in the UK has always been used for more than just food production and must continue to be so. The UK must make better use of unused roof space for solar power but this should not be to the exclusion of ground-mounted systems.”

Mr Robinson added: “There is no question that the best and most versatile land should be retained for food production wherever possible, and this is safeguarded by both the agricultural and solar industry.”

He also said the Defra secretary had overlooked a vital point that agricultural activity could continue alongside and underneath solar panels to produce double output of both food and energy.

“Solar panels are installations that could be easily removed in 20-25 years time, returning the land to its original use. Solar farms can provide a means for farmers to take land out of agricultural production for a number of years and economically return it to full agricultural production again in the future,” Mr Robinson said.

The CLA president urged the government to recognise that farmers and landowners need to diversify their businesses, respond to market forces and identify new forms of income that could provide economic and environmental sustainability.