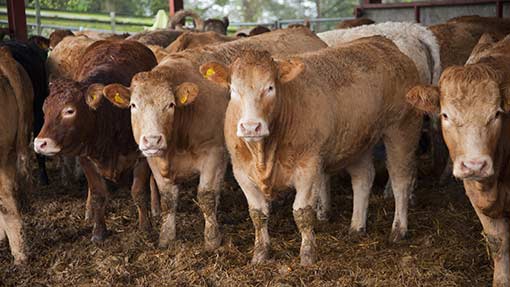 “The ongoing fall in the cattle trade comes as the supply/demand balance remains firmly out of favour for producers,” said a report by EBLEX.

“Consumer demand has been slow for some time. Additionally, the mild weather over the winter is likely to have resulted in lower demand for higher quality cuts like roasting joints.”

Consumers trading down to cheaper proteins had also played its part.

However, cow values had remained firm, with the all-cow average only weakening by 0.3p to 231.4p/kg.

“Some cows are worth more than similarly grading steers. If this continues some product substitution could take place, which may keep a lid on cow prices.”

Price changes between the GB regions showed Scottish trade holding up better than markets further south, which dropped sharply in line with processors’ base prices.