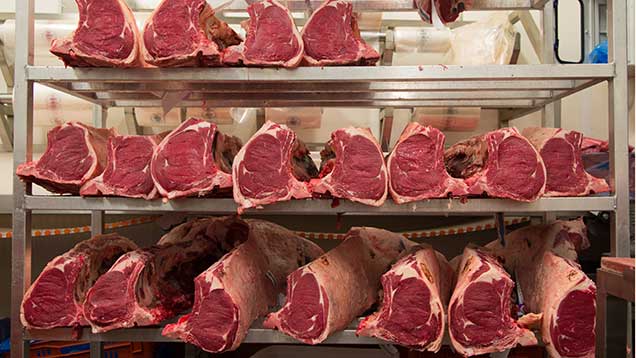 The two major abattoirs yet to sign the new beef industry code have confirmed they are still considering their decision.

Dunbia and Dawn Meats were the main companies missing in February, when voluntary rules were unveiled to govern how processors deal with abattoirs.

The British Meat Processors Association and NFU had been working on the code of practice since last July, when farm minister George Eustice called for action at the beef crisis summit in Westminster.

A spokeswoman for Dungannon-based Dunbia, which slaughters about 300,000 cattle a year, said a decision had still not been made.

“It is still under discussion, but we have not signed up to it yet,” she said.

Dawn Meats, which has its headquarters in the Republic of Ireland, but has plants in the UK, said it would keep the matter under consideration.

A spokesman said the business would monitor how the code of practice evolves over the coming months.

“However, in the meantime we will continue to communicate directly with our producer supply base, which has been our custom and practice over the past 30 years,” he said.

Both the BMPA and NFU have urged cattle processors across the country to sign up to the code.

The rules say abattoirs must make their terms and conditions of trading open to current and prospective suppliers, including details such as base prices, grids, target grades, premiums, deduction and statutory levy charges.

Processors are supposed to give farmers at least 12 weeks’ notice of any changes and make those change clear and open.

When the code was launched, NFU livestock board chairman Charles Sercombe called it a “welcome step in the right direction”.

“What is critical to our members is the stability that this code should bring, which will allow producers to plan ahead and market their cattle without sudden or unexpected changes to conditions of sale,” he said.