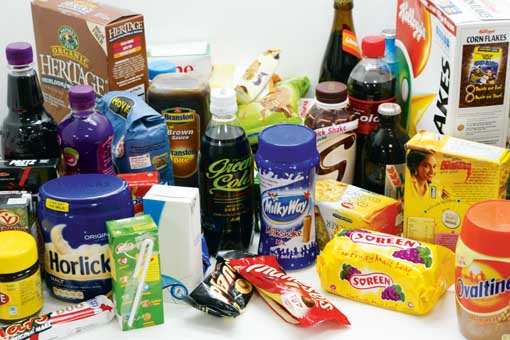 Think barley, think malt – which might lead you to think beer, whisky and perhaps vinegar. But what about chocolate substitute, cosmetics or the “malty” taste of Maltesers?

British malt products have been used as food ingredients for many years and across a wide range of products, but the search for new uses and markets has moved up a gear in recent years at Muntons.

The company was established as Muntona in 1921 and has maltings at Stowmarket, Suffolk and Flamborough in East Yorkshire. It buys 240,000t of malting barley a year and, unusually for a maltster, a third of this is bought direct from growers.

This produces 175,000t of malt and 40,000t of food ingredients a year, selling to customers who are spread between 54 countries around the world. In addition, about 8,000t of malt pellets for animal feed are made.

While malt is the mainstay of the company’s business and accounts for the biggest volume of sales, the ingredients business is developing fast. It has almost caught up with the malt division in turnover terms, with sales split between malt (54%) and ingredients (46%).

Extracts, syrups, powders, flours, flakes and blends are all part of the mix at Muntons, with home-grown malting barley as their basic ingredient. Malt products are used in a wide range of foods, including bread, biscuits, cakes, cereals and ice cream.

Malt extract can be either a liquid or dried product, with a wide range of variations in colour, taste and application. Malt can be used not only as a flavour in its own right and as a sugar substitute, but also to enhance the flavours of other ingredients and mixes. Malted flakes and kibbles add interesting textures, while other malt products can achieve a range of colours without the E numbers which many other food colourings carry.

Apart from the flavour and texture they offer, malt products sometimes bring other, perhaps unexpected, results. For example, substituting 25% of conventional sugar in a Victoria sponge recipe can mean 10% less cooking time is required, the carbon footprint of the sponge is reduced and 95% of tasters preferred the recipe with malt against the original.

A recent development has been the invention of a new ingredient called Maltichoc. This blend of malted ingredients, which can be used as a partial chocolate substitute, was developed to help some of Muntons’ food ingredient customers cope with the recent massive hike in cocoa prices.

On a recent trip to Singapore, group managing director Alan Ridealgh discovered that while malted drinks in the UK are considered a warming bedtime drink, favoured mostly by older people, in Singapore they are consumed cold for breakfast by youngsters and the market is huge. Following recent food scares, Munton’s high levels of traceability and food safety standards led to significant increases is sales of dried extracts, especially in Asia.

Last year a £500,000 centre for excellence was opened at the firm’s Stowmarket maltings, where a micro-brewery, new product development kitchen, bakery, tasting room and winery are the hub of development for new products and new applications, often working in conjunction with customers to help them develop efficiencies or new ways to incorporate malt products.

The 100-litre micro-brewery, for example, allows bespoke liquid extracts to be made for customers or for trials of home-brew or potential new commercial beers to be made.

The firm also buys about 10,000t of wheat a year, mainly for milling into malted wheat flakes. Last year it sold 176,712t of malt and 28,430t of liquid extract for the food manufacturing industry, 4,303t of dried malt extract and 13,206t of milled products for the food and baking industries.

Home-brew is a rapidly expanding market in both the UK and US, and last year Muntons sold enough home-brew kits to make more than 4m pints of beer and more than 500,000 bottles of home-made wine.

Grain buyer Mike Norfolk is based at the Stowmarket site and is generally looking for barley with nitrogen between 1.5 and 1.85%, but can take grain at up to 2% nitrogen. “The food ingredients business allows us to look at wider grades of barley than most maltings would usually be looking for,” he says.

Sourcing much of the requirement from within a 50-mile radius of the maltings helps develop long-term relationships with growers, and supply chain links are firmly established. Visits by brewers to growers allow them to see the barley crops that they will eventually buy as malt and also develops growers’ understanding of requirements, says Mr Norfolk.

Quality, traceability and assurance are crucial to the integrity of the firm’s malt and malt products.

How is malt made?

* After quality checks at intake, barley is dried if necessary and cleaned

* The grain is then moved into a germination unit, where for four to five days it is encouraged to grow under controlled conditions, with stirrers gently moving through the grain. During this process, natural enzymes are produced that will start the conversion of starch into sugars

* The germinated grain, called green malt at this stage, is transferred to kilns, where it is dried with warm air to halt germination and take the moisture content down to 3-4%

* After kilning, the rootlets which have grown are now dry and are removed for pressing into pellets for animal feed

* Liquid malt extracts are produced by extracting sugars from the malted barley, and concentrating these into a viscous syrup, which can in turn be dried

Muntons is on a mission. It wants to be able to claim that its malt has the lowest carbon footprint in the world.

Making malt is an energy-intensive business and the company has had an energy action plan for the past 12 years, investing heavily in ideas and equipment which have cut its own carbon footprint, such as the installation of the most efficient kilns in the world.

Not only does this bring environmental benefits, it reduces production costs, improves efficiency and has marketing benefits too.

Sustainable, quality local supplies of barley are an important element in the mission for low-carbon malt, so Muntons is increasingly focusing on reducing the carbon footprint of its main raw ingredient.

It is estimated that 60% of the carbon footprint of malt is attributable to the farm production of barley, and in turn 80% of that is from nitrogen fertiliser.

Manufactured fertilisers are becoming greener as scrubbers are installed at production sites to remove a large proportion of the nitrous oxide emissions from the process.

In addition, Muntons is trialling the use of compost on growers’ land to significantly cut costs and carbon, with the extra benefit of improved soil structure.

“We are the greenest malt and ingredient manufacturer in the world and we can say that with confidence,” says technical director Dr Nigel Davies.