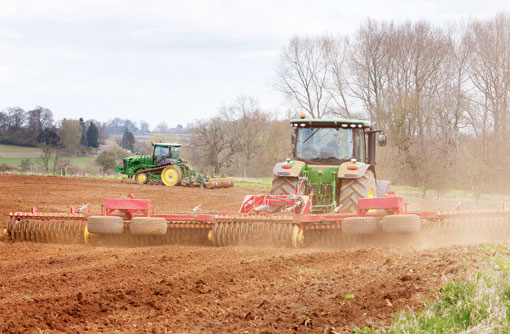 How much working capital is tied up in your business? Could you reduce it or change the source to make it work more effectively? Suzie Horne finds out more.

It is a popular misconception that working capital is represented by the overdraft – it includes all capital used in the farming business apart from the cost of land and buildings.

“It’s very easy to understate or ignore just how much is tied up in the business,” says Sebastian Graff-Baker of consultant Andersons. “It is important to assess where the funds come from and review the mix to check for the most appropriate and cost-effective sources.”

Often the prime source is the farmer’s own money. Sometimes this is a lump sum injected from elsewhere but often it represents profits left in the business, says Mr Graff-Baker.

“Profit being consumed in this way is a big issue. Many arable businesses have had a couple of years of decent profits so paying off debt may seem like a good idea and may be the right thing for many to do, but consider alternatives too.”

Profits invested elsewhere may offer a greater return, for example from developing new non-farming or linked enterprises, or through investment in a pension or in a house for retirement which can be let in the meantime.

“You have to look at the opportunity cost of that capital – what could it be earning if it was invested elsewhere, especially if you are looking to borrow for that investment? Some energy projects may be able to yield 5 to 15% compared with a 3 to 5% return from farming.”

If working capital is poorly managed, this narrows the range of options and may mean giving up other projects, says Mr Graff-Baker.

“Bank borrowing can be difficult and expensive to obtain, it’s unlikely to become easier or cheaper so you may want to preserve an existing facility to give flexibility, rather than paying off borrowing with profits.

“Generally speaking, changing existing facilities results in extra cost in the short term. And arrangement fees, usually about 1% of the facility, are just interest in another form. Also, if use of the overdraft is reduced, this may risk pressure from the lender to reduce the facility.”

A realistic cash flow forecast helps to assess requirements and study the impact of potential changes in working capital. This should be worked up from scratch rather than using last year’s actual figures with assumptions about changes in costs, says Mr Graff-Baker.

Trade credit should not be overlooked as a potential source of working capital, whether through a merchant scheme or a co-op, for inputs or for advance payments on grain or stock sales, he says.

“All of these will charge something for the credit but it could be the same as or even less than the cost at the bank and it is worth considering – unlike the bank generally, the only security required will be the goods or stock itself.”

Machinery trade credit has its place but beware of the cost, which is typically 5% to 15% APR against bank funding at 1.75 to 4% over base rate, says Mr Graff-Baker.

“While there may be a case for using dealer or manufacturer credit, it should not be the default option just because it is available quickly and easily.”

• Anticipate changes in price and timing of fertiliser purchases

• Beware impact of machinery purchases on the long-term operating costs – make use of AIA but don’t let it dictate a policy which raises the ongoing operating cost – AIA should govern when, not if, machinery is bought

• Dedicated labour and machinery in arable businesses is still a big issue – how would restructuring to form a joint venture or a move to contractors affect working capital and cash flow?

• Examine the impact of bringing forward sales or changing enterprise or cropping mix – this could give flexibility of capital to pursue other projects.

• Where does it come from?

• How flexible are sources?

• What is it costing?

• Can the business be run with less?

• Make the most of farming partnership agreements