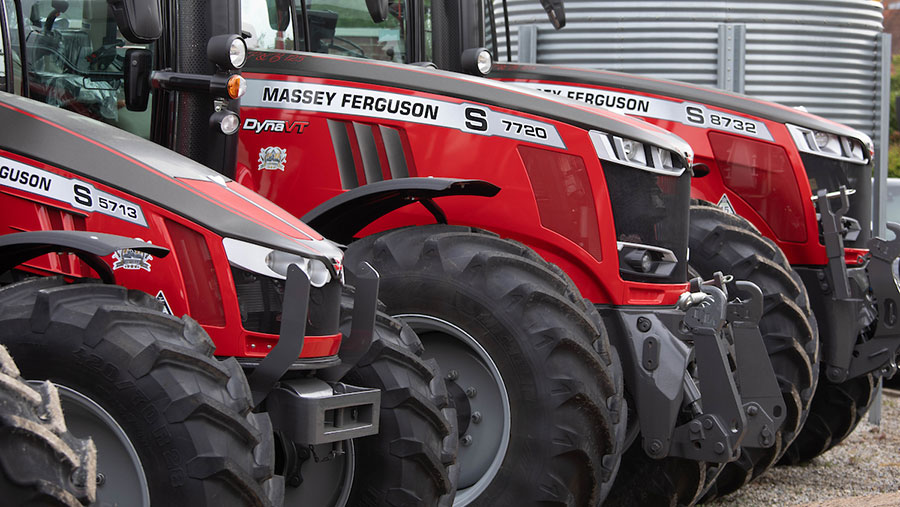 New tractor registrations rose by 9% during the first seven months of 2019, according to revised figures from the Agricultural Engineers Association (AEA).

The AEA had previously reported a decline of 3% in sales to the year to July 2019, blaming the drop on Brexit-related uncertainty.

The discrepancy was discovered after it emerged that significant numbers of registration forms had not been sent by the DVLA to the AEA.

This means that the number of tractors (more than 50hp) registered was nearly 700 higher than in January-July 2018 and just over 900 more than previously thought.

Stephen Howarth, AEA economist, pointed out that sales during the first half of 2018 had been suppressed, as there had been a rush of registrations at the end of 2017.

This was to get ahead of the introduction of the ‘Tractor Mother Regulations’, which ratcheted up the safety standards required of new tractors from 1 January 2018.

“Therefore, the increase seen so far in 2019 probably indicates a broadly stable market in the first half of this year, rather than a growing one.”

“This suggests that, after a relatively strong start to the year, registrations have slowed down as ongoing economic and political uncertainty are creating a drag on demand.

“Nevertheless, registrations during the first eight months of the year were still up 6% on the same period in 2018.”