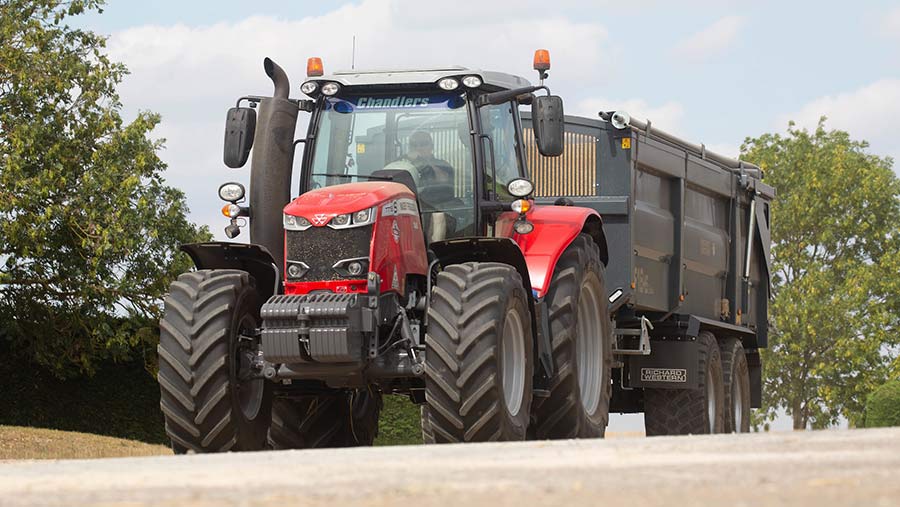 More farmers are turning to higher horsepower tractors to get the job done, with an 18% increase in the number of tractors sold over 180hp in 2018 compared with the previous year.

Figures published by the Agricultural Engineers Association, which represents manufacturers of tractors and farm machinery, also show the largest annual sales figures in four years, albeit only 1% up on 2017.

However, AEA economist Stephen Howarth pointed out that these figures are somewhat skewed by a rush of sales at the end of 2017, ahead of changes to legislation.

These were the European ‘Tractor Mother Regulations’, which came into effect on 1 January 2018 and set higher safety standards for all new tractors in the EU, which manufacturers had warned would increase prices.

Mr Howarth suggested that when the effect of that is adjusted for, the market grew by between 5% and 10% in 2018.

Stronger sales of high-powered tractors also suggest much of the increased demand came from the arable sector, which has seen the value of crops rise significantly on the previous year, helping to offset lower yields from the dry weather.

This is borne out by the region showing the strongest growth in the sales being the East Midlands, which saw nearly 200 more registrations than in 2017.

However, there were declines in the southern regions and East Anglia.