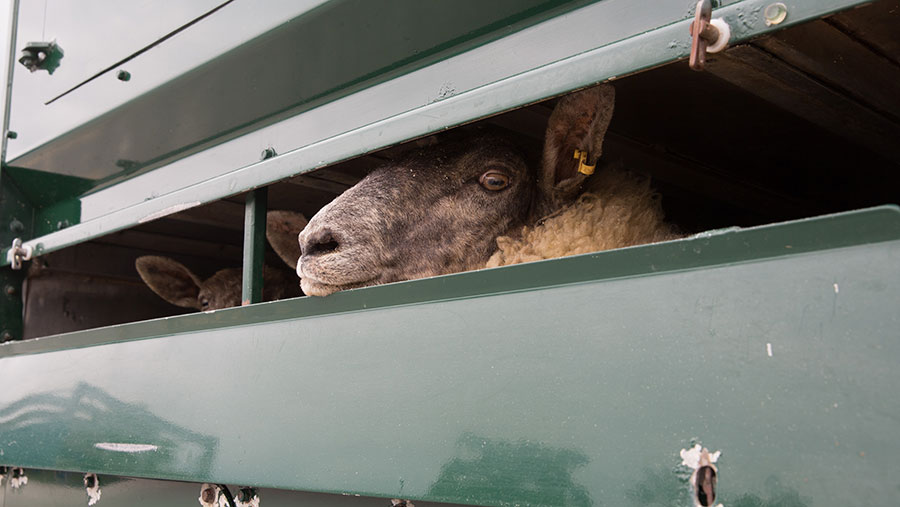 Lost trade and extra paperwork have cost breeding stock importers and exporters hundreds of thousands of pounds since Brexit, Farmers Weekly has learned.

Currently there are no border control posts on either side of the Channel to facilitate the movement of live animals.

This has caused a complete shutdown of breeding stock exports to Europe, while swathes of paperwork have caused costly disruption to importers.

Specialist breeding stock haulier Edward Gilder & Co reckoned it had lost up to £300,000 of business since 1 January 2021.

However, Mr Gilder said the top-end trucks came at a high cost.

“Losing the export business means they are not earning their keep. The trucks had the highest approval under EU laws and drivers trained to meet European standards,” Mr Gilder said.

But since 1 January, training and certification is no longer recognised, because unless British firms have a European address, Brussels will not accept the qualifications.

The same measure on addresses does not apply to EU drivers, who can complete the training in the UK and are then recognised, putting UK hauliers at a disadvantage.

Mr Gilder called on the government to consider parity on such measures to strengthen the UK’s bargaining power.

Cheshire-based importer Best of Breed Livestock has been importing cattle from Denmark and Sweden since 2017.

It has also suffered losses running into the tens of thousands of pounds since Brexit.

Owner-director Owen Daley said the business had grown rapidly since it was set up in 2017, with 60 to 70 truckloads of cattle each year.

Between February  and November last year it imported 1,700 cattle.

But red tape meant imports came to a standstill on 1 January for an eight-week period while paperwork was sorted out for drivers and vehicles.

The loss of business cost the small company at least £30,000.

“Previously everything had moved seamlessly, we only needed a European Health Certificate and a route plan,” Mr Daley said.

Since 31 December 2020, drivers have needed complete training and checks on their vehicles allowing them to operate in the UK.

But they were not able to take the qualifications until after the UK had left Europe, Mr Daley said.

There was no provision made to prepare for this ahead of 1 January.

“While imports were at a standstill, we had to bring over three drivers and their trucks at our cost to complete training,” Mr Daley said.

An added hitch came after the certifying body said it could not issue certificates for 25-30 days.

“That took us to the third week of February before we could do any business.”

Further costs have been incurred due to the lack of certified ports on the continent.

Moving cattle from Denmark via the Hook of Holland could be done within 29 hours before Brexit. That meant there was no requirement for a 24-hour stopover.

But Hook of Holland is not registered to allow live animal exports – the only port is Calais, Mr Daley explained.

The length of journey time breaks the 29-hour limit, so drivers and stock have to break for a stopover.

This adds another £1,000 a load in facility costs, driver time and vet checks.

The vet checks are also considerable.

“We needed an early start to the day, so we used vets to check the cattle before 7am. The bill for those hours before 7am cost £840,” he added.

Paperwork too has added costs.

“We have to start logging paperwork two weeks ahead of the animal movement, adding a week or 10 days of extra time. I am now full-time in the office, whereas previously I would be out in Europe selecting cattle,” Mr Daley said.