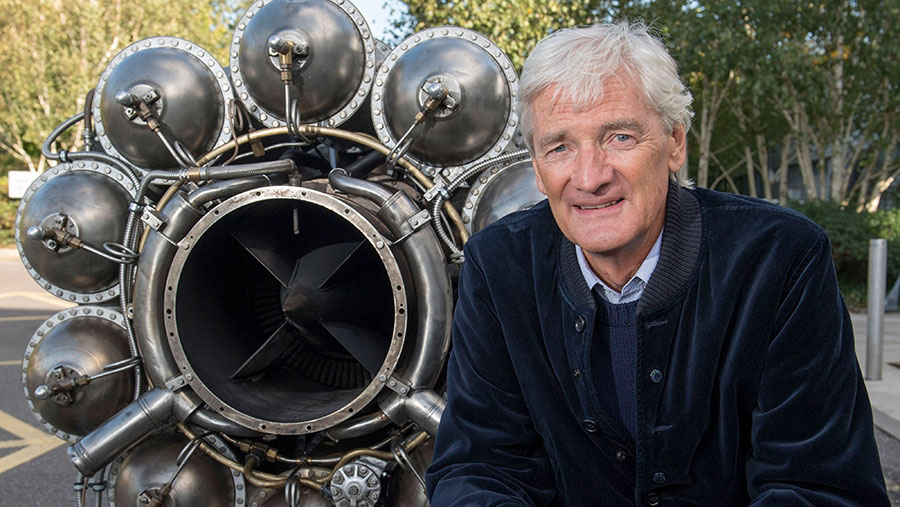 Britain’s biggest farmer, Sir James Dyson, is now the wealthiest person in the UK, after seeing rising demand for his top-of-the-range electrical goods in China and other Asian markets.

Figures published yesterday in the Sunday Times Rich List show the inventor climbed five places to the top spot after growing his net worth by £3.6bn to a total of £16.2bn.

Part of the 73-year-old’s wealth is tied up in Beeswax Dyson Farming, an agricultural business with more than 14,000ha of land and a £500m valuation.

Sir James shrugged off seeing no return for £500m of his own money in a £2.5bn project to develop an electric car, which was later closed down despite a successful prototype, after he realised it would not be able to compete on cost with rivals.

He swapped places with Sir Jim Ratcliffe, owner of the chemical firm Ineos and developer of Land Rover rival Grenadier, after he and other former list toppers suffered big losses linked to the coronavirus outbreak.

The Brexit-loving entrepreneur is the fourth-highest known taxpayer in the UK, with him and his family contributing £103m to the exchequer in the most recent financial year.