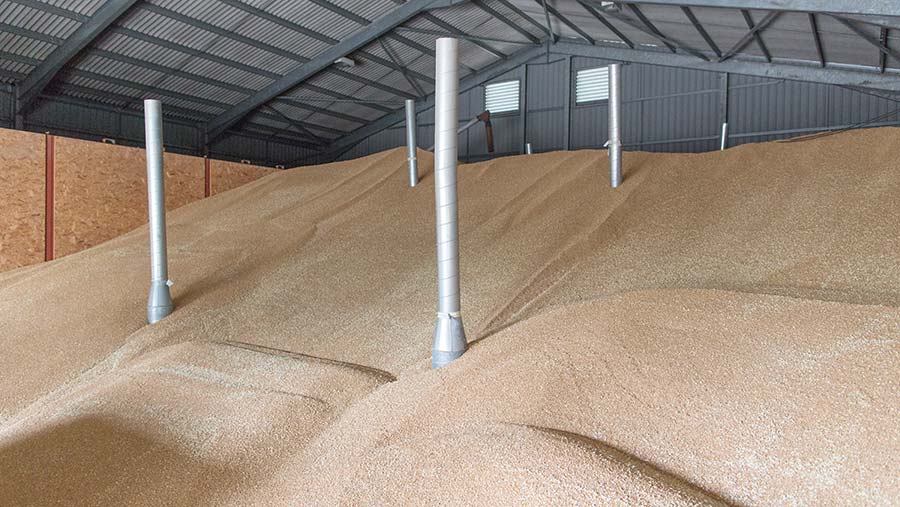 Despite ongoing political upheaval across the world and uncertainty regarding future global trade agreements, the one constant in current grain markets remains the overwhelming supply situation.

Even a flurry of localised weather events over recent weeks has done little to unsettle matters, with markets seemingly able to shrug off virtually all disruptions.

Without a significant weather event serious enough to substantially affect US corn and soya planting or interfere with impending harvests, it looks like being another year of burdensome stocks around the world.

The record short (sold) positions held by the all-important investment funds reflect this: they show little concern supply will tighten and prices rise in the short to medium term.

The dry weather experienced in the UK could hold some interest to traders if it continues, but it would take a burning drought across Europe to make a significant difference.

As in the UK, Spain and France are currently cool and dry, with little in the way of rain forecast. Similar conditions are now becoming an issue for North Africa – particularly in Morocco and western Algeria.

If the dry weather continues into May, this could carry influence, especially if France becomes at risk of producing another small crop.

In the USA the opposite is the case, with recent rains causing planting delays for spring wheat, corn and soya.

US corn planting is slow, with only 6% completed compared with 12% this time last year. However, as 2013 and 2015 showed, the USA can plant tens of millions of acres in a week – so any market anxiety is somewhat premature.

Spring wheat planting in Canada is also being delayed by wet conditions, with the wheat area expected to be down on last year and possibly at a six-year low.

In Argentina, the soya harvest is picking back up after the waterlogging that affected 1m ha of production. US Department of Agriculture (USDA) reports at the beginning of April increased its Argentine corn production forecast to a new high of 38.5m tonnes – up 1m tonnes on the previous record and up 9.5m tonnes on last year.

In Brazil, yields of both corn and soya in the main production areas are reportedly surpassing expectations, with the USDA’s Brazilian corn crop forecast increased to 93.5m tonnes – up 7m in the past two months alone.

The Russian wheat crop is also estimated at another near-record of 67m tonnes – down from last year’s 73.3m tonnes but still 6m tonnes up on the second-largest crop ever. Ukraine has recently raised its 2017 grain harvest estimate from 60.9m tonnes to 61.4m tonnes.

So, despite delayed US and Canadian spring plantings and dryness across Western Europe, markets remain under pressure from funds unperturbed by holding huge short positions.

With no sustained weather issue on the horizon, supply is unlikely to be a problem for the third year in succession.

It’s difficult to disregard the current feeling of optimism in UK markets but less easy to explain exactly why it persists.

Growers benefited from the weakening of sterling over the past year, but even with this firming recently prices have not gone down appreciably. When world prices dip, UK markets do not fall so hard.

This has largely been because of our tight old crop situation and lack of forward cover, which has supported prices. However, with a new crop looming, it is not clear how long this will last.

Currently, old crop markets have reached a ceiling, with cheaper imported feed wheat from the likes of Denmark and France arriving in the UK – and while milling wheat premiums are low, there’s little reason for them to get any better.

Growers are running out of time to sell old crop – and with new crop prices likely to be 10-15% lower when the combines start rolling, some decisions that have been put on the back burner need to be made now.

Dry conditions in Western Europe could start to have an influence if they are prolonged. Delayed corn plantings in the USA and spring wheat sowing in the USA/Canada could also play a role in the coming weeks. Continuing currency volatility is still an issue.

Prices are already at low levels and we are entering an important time of the sowing/growing season when any shocks could cause sharp moves higher. Localised weather could pick up pace and become global influences. The sheer size of fund shorts could in itself act as a catalyst for a sharp move higher.

Cofco International’s majority shareholder is the trading company and agri-food business Cofco Corporation, which is a Fortune Global 500 company owned by a consortium including The World Bank. Cofco International employs more than 13,000 people in 35 countries and last year delivered more than 100 million tonnes of products.