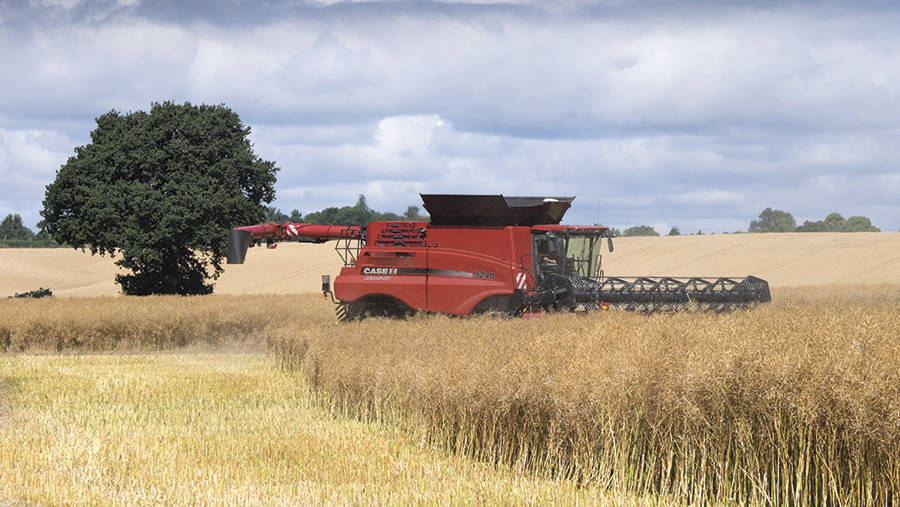 The co-op will pay out a record profit redistribution of £425,000 to trading members, a rise for the fifth consecutive year.

“Despite the harvest OSR crop area falling by more than 9% from 680,000ha in 2014 to 630,000ha in 2015, we have managed to increase our traded tonnage, our turnover and profit, said managing director Chris Baldwin.

“Part of the reason we have achieved this increase is the success of our pools marketing, where volumes increased by 46% from 2014 to a traded volume of 223,162t,” he said.

It is pushing to increase these other crop volumes to balance the continuing fall in the oilseed rape area.

The only crop volume to fall was linseed, while the bean tonnage almost tripled to 27,759t and rapemeal rose 58% to more than 9,000t.

In its carte blanche pool (130,000t-plus for the 2015 crop), seed is generally moved in April-June but the actual time of movement is set by the co-op, allowing it to manage risk in a volatile market.

Over the last 12 years since this pool was introduced, growers have made an average benefit from it of £30.41/t compared with selling at harvest.

This gave a net benefit of £12.90/t after accounting for storage, interest and haulage, assuming that the seed would have to be hauled off farm and stored by a third party.

“As a national farmers’ co-operative, our core aim is to support our members’ individual businesses and help them become more profitable,” said Mr Baldwin.

“With the industry experiencing increasing rationalisation through a number of mergers and acquisitions among huge multinationals in the sector, we are also able to offer our members something increasingly rare – independent advice and choice.”