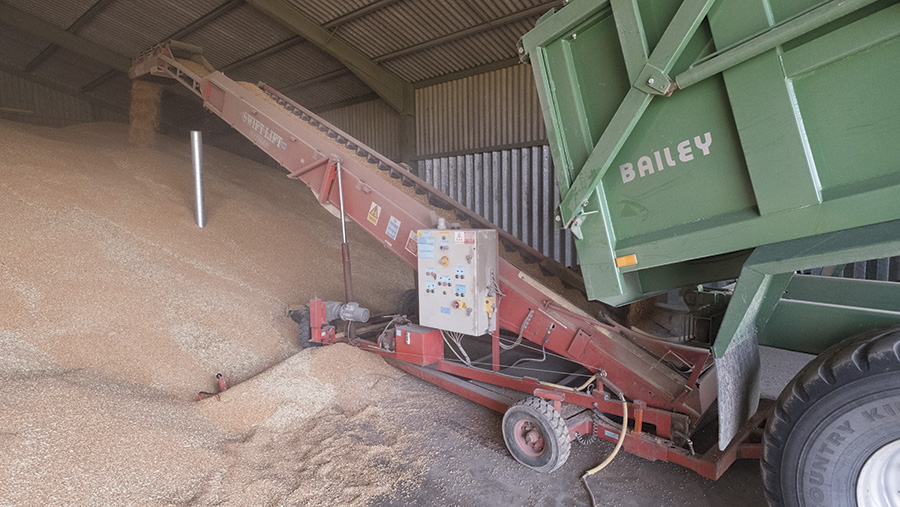 Lack of transparency and changing dynamics in global markets will lead to more grain price shocks.

While currency values dominate daily grain market movements now, in the medium and longer term the lack of market, crop and export information on some significant players is likely to lead to more volatility.

The warning comes from Jack Watts, AHDB’s lead analyst for cereals and oilseeds.

“We have lost market transparency because of how market shares have changed,” he said.

“The world is becoming more exposed to inconsistent, continental growing conditions. This presents a growing and longer-term risk of unforeseen price shocks.”

This may be driven by politics, weather or a combination of both and, in relation to some countries, the wider market only tend to find out about it when it was actually happening – which is too late, said Mr Watts.

“Russia is developing as a grain powerhouse, increasing its maize as well as wheat production. The ban on EU food imports is speeding up its self-sufficiency ambition.”

Dramatic swings in production are shown, for example, by Russia’s wheat output more than doubling in the past four years.

From a crop of less than 40m tonnes in 2012, it is likely to be the world’s number one wheat exporter this season, with a 2016 harvest well above 70m tonnes.

This contrasts with its outright ban on exports as recently as 2010. 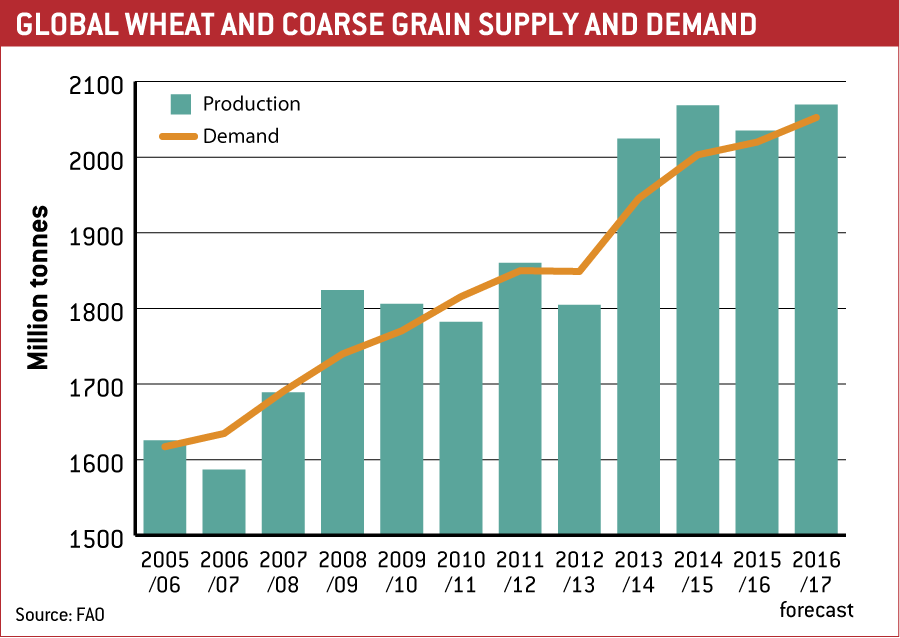 “We’ve had four years of consecutive grain surplus – four years is fairly unprecedented – demand will continue to grow and there is not a not clear margin of supply over demand, so things are quite finely balanced,” said Mr Watts.

However gross crop revenue for UK growers of cereals and oilseeds, regardless of the marketing approach taken, has fallen over the past four years.

“Times are tough at farm level and some margins are becoming quite challenging. Currency has shielded UK sellers from the full brunt of price lows, but gross crop revenue should be expected to be lower again in the 2016-17 marketing year due to falls in yield.”

Currency is helping trade and the UK will have a smaller wheat surplus this year, says Mr Watts. Its main export opportunities are within the EU, because of the reduction in quality and yield terms of the French crop.

“A change in the UK variety mix and generally better quality prevents the UK from having to compete aggressively in the global feed grain market.”

Millers will use more home-grown wheat and there will be better demand for wheat for ethanol production, which will reduce export availability.

More time is needed before the full impact of maize harvest pressure in Europe and the Black Sea region is fully known, as well as the progress of the Brazilian crop, said Mr Watts.