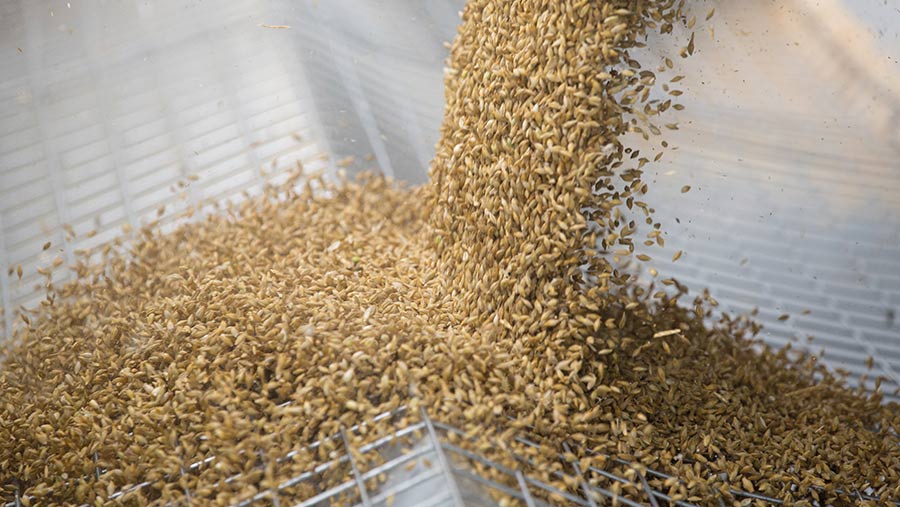 Grain and feed merchant Cefetra has added about 140,000t of capacity to its Scottish and Borders operations with the purchase of two large grain stores.

Ormiston store in East Lothian has a capacity of about 80,000t, while Charlesfield at Melrose in the Scottish Borders can hold about 60,000t.

The stores have been bought from the administrator of failed Scottish merchant Alexander Inglis & Son, for in excess of £7m.

The addition of the two stores means Cefetra has more than 1m tonnes of storage capacity at its 40 sites across the UK.

Cefetra managing director Andrew Mackay said: “By making such a significant investment we have taken the next step in further strengthening our grain origination business.

“It also demonstrates our long-term commitment to supporting both the farming community and our established customers across Scotland and Northern England.

“These grain-handling, processing and storage facilities, with drying, cleaning and grain analysis operations, give us the infrastructure required to operate in key grain production areas of Scotland.

“They allow us to work with and support farmers, while also enabling us to supply quality grains, oilseeds and pulses to key customers in Scotland and  northern England.”

Cefetra’s head office is in Glasgow and the company has a turnover of more than £1bn, dispatching 85,000-90,000t of raw materials to customers every week.

Alongside its grain operations, the company supplies animal feed and the food and drink industries.