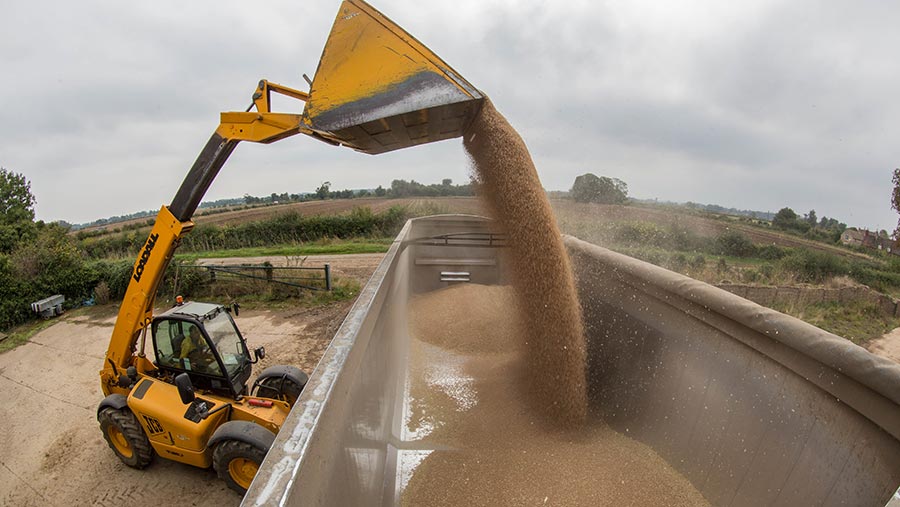 Dairy and livestock farmers are being advised to monitor their feed supplies closely and order well in advance, as the national shortage of lorry drivers starts to impact on the sector.

Feed company KW’s commercial director, Richard Cross, wrote to customers this week saying the business was starting to feel the pressure associated with the driver shortage.

“To minimize any potential delays, we are asking all our customers to consider monitoring feedstuff stocks closely and to place orders further in advance,” he said. “With a longer lead time, it will help our teams to manage our distribution and seek solutions to any issues that we may face.”

Mr Cross described this as a “significant concern to KW” and blamed it on Covid, Brexit and a decreased capacity for driver tests.

Farmers Weekly has been contacted by a number of dairy farmers who say they have experienced delays to their feed deliveries.

Once farmer in North Wales, who asked to remain nameless, said his regular load was four days late, leaving him “very tight”. When it did arrive, it came on separate days in two smaller loads.

Somerset dairy farmer Neil Baker, from Haselbury Plucknett, reported a similar delay “which took us down to the wire”. But he also blamed some farmers for “panic buying”, describing the practice as “agriculture’s equivalent of toilet roll stockpiling”.

“If farmers order double what they normally would, then of course it is going to have an impact on deliveries,” said Mr Baker.

“It’s symptomatic of the driver shortage across the food supply chain,” he said. “Haulage firms are having to increase the amount they pay per hour, but are also having to pay to retain drivers, while others offer cash incentives to tempt them away.

“Our fear is the effect this will have on costs. Haulage firms have been talking about a 20-30% increase, but dairy farmers are in no position to have those costs passed back to them.”

James McCulloch, head of animal feeds at the Agricultural Industries Confederation, said firms with their own fleets were not feeling the pressure too much. “But if firms are reliant on agency drivers or contractors, that is where there may be problems.”

Bedfordshire farmer Peter Kendall said Camgrain was unable to move his spring barley until early September because of haulage issues.

Mr Kendall has about 130ha of spring barley, some of which is grown on contract for Frontier via Camgrain. “It should be ready this weekend, and initially they said they could take it on 23 August, but that is now not possible,” he said. “I can’t store it here and don’t want to leave it outside on the floor, so will just have to leave it in the field until they can take it.”

Camgrain chairman John Latham said the problem was industry wide, but reported a 20% reduction in lorry availability. “It feels like a perfect storm of Covid and Brexit,” he said. “Some crops we have to prioritise – those that can deteriorate – but I think we are looking at an extra 10 days to get the balance in.”

Essex grain broker Mike Porter blamed Camgrain’s decision to sell its own fleet within the past year, leaving the work to sub-contractors. Farmers who had been used to collection within 24 hours were “apoplectic”, he said. “The grain trade has turned the screws on hauliers for so long, it’s now coming back to bite them.”