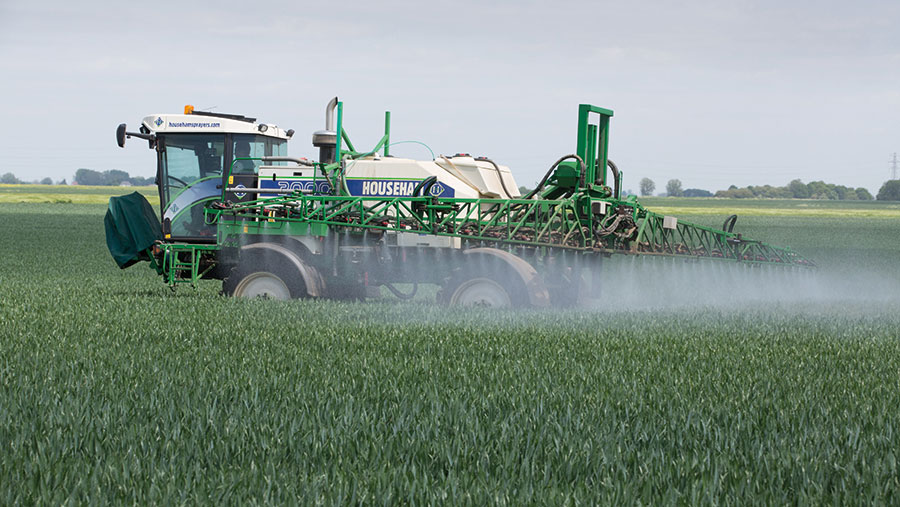 Spot ex-farm wheat was worth an average of £327/t midweek, up £10/t on the previous Wednesday.

New-crop continues to close the price gap with old-crop, with the London feed wheat November 2022 contract at £325/t midweek.

At CRM Agri, managing director James Bolesworth said attitudes to farmer selling of new-crop varied widely – some growers had committed up to 80%, others just 10%.

While budgeting for the 2023 crop was difficult, it made sense to fix a small percentage there too, he suggested, as production was likely to rise further ahead.

However, there had been a slowing in the rate of farmer selling recently. “The only note of caution with these big premiums is that if there is any hint of a softening in the weather pattern or in the conflict in Ukraine, it would lead to a very sharp correction,” he said.

France, parts of the US, India and East Africa are facing drought or near-drought conditions. Irreversible damage is being forecast to French grain crops from hot and dry weather this week, after low spring rainfall.

US winter wheat crops are rated in poor condition. India’s crop estimate was recently cut by more than 6m tonnes to 105m tonnes, reducing this important producer’s ability to export into a market of high demand.

The trade had been expecting India to export about 10m tonnes of wheat from the 2022 crop, but there is now talk of export restrictions. However, this year’s Russian wheat crop looks large, forecast at 83.5m tonnes against 76m tonnes last year.

Full-spec breadmaking premiums have risen for new-crop, largely on supply fears as the cost of fertiliser is thought to be reducing the likely size of the milling wheat crop.

End-of-February barley stocks on farm at 767,000t were down 35% on the year, with merchant, ports and co-ops holding 786,000t, a drop of 18% on the year. Both the global and domestic barley markets remain tight, further supported by firm wheat and maize prices, said AHDB Cereals and Oilseeds.

Ex-farm spot feed barley prices midweek averaged £302/t, while new-crop as available feed barley ranged from £270/t to £288/t ex-farm. Global maize supply is tight and the US planting programme is delayed, while dry conditions in Brazil are a concern.

Traders warn of further volatility, not only on weather news but also because lockdowns in China are weighing on the economic outlook, pressuring oil prices intermittently, with grain following oil down.

Analyst CRM Agri pointed out that a higher EU sunflower area may ease some demand for new-crop oilseed rape.

However, there is concern about a big year-on-year drop in edible oil imports to China in April, echoing general uncertainty about economic prospects there.