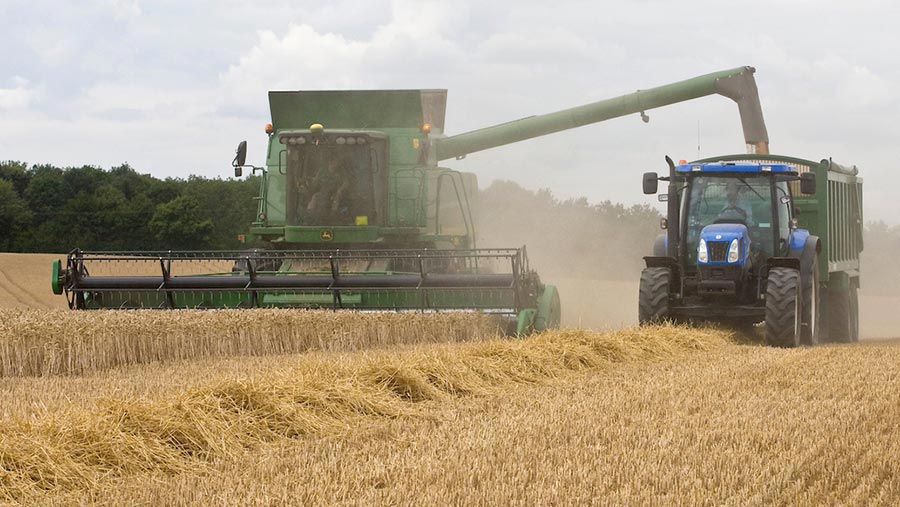 The EU total grain crop forecast for 2018 has been revised down by almost 2m tonnes by European grain body COCERAL.

The forecast, announced on Tuesday (4 December), has been reduced from its September figure of 283.5m tonnes to 281.7m tonnes.

Both the wheat crop and the barley production forecast have been revised down.

Reductions have been mainly made for Scandinavia.

Reductions were also mainly seen in Scandinavia for the EU’s barley production, which is now forecast at 56.0m tonnes, down from 57.4m tonnes.

In contrast, the EU’s corn crop projection was increased from 58.9m tonnes to 60.5m tonnes, with further upward revisions in the Balkan countries.

However, this is still less than last year’s production figure, which reached 60.7m tonnes.

The rapeseed production forecast for 2018 for the EU was almost unchanged at 19.4m tonnes (previously 19.5m tonnes), though down on last year’s 21.9m tonnes.

The price for milling wheat ranged from £167/t in Lincolnshire and Peterborough to £180/t in Shropshire, Cheshire and Yorkshire.