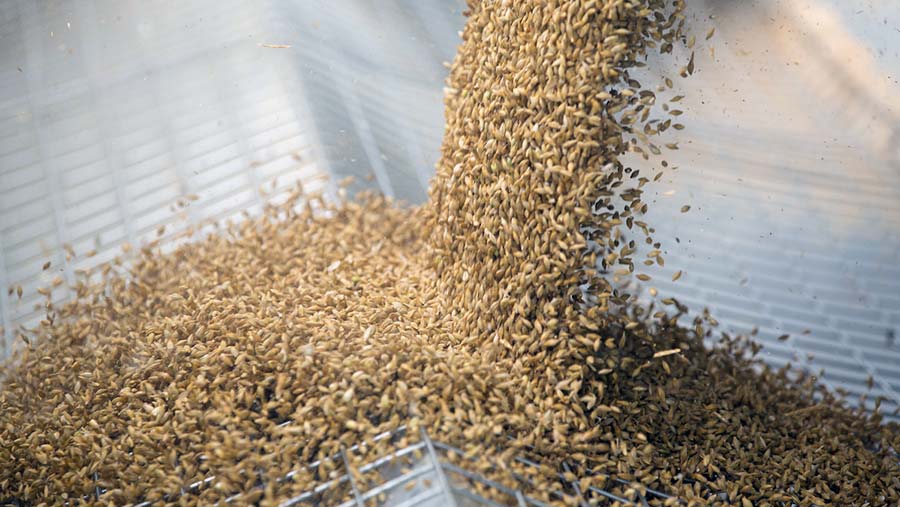 UK feed wheat prices found strength in the week to 6 September, gaining £2.30/t on the previous week to average £132.20/t ex-farm for spot movement. This is £18.70/t higher than the same week last year.

This increase was driven by a combination of the slow harvest and a lack of farmer selling, said traders. Meanwhile, milling wheat values also found support, averaging £147.60/t – up £3.20 on the week – with prices varying between £151/t and £142/t ex farm, depending on region.

Looking at UK supplies, wheat stocks held on farms in England and Wales (plus ports, co-ops and merchants in the UK) dropped sharply at the end of June. Wheat stocks fell by 48% to 1.39m tonnes compared with June 2016 – the lowest level since the end of June 2014, according to a report by Helen Plant, senior analyst, AHDB Market Intelligence.

This fall reflected the tight supply-and-demand situation during 2016-17, driven by the smaller crop harvested in 2016 and a stronger domestic demand.

With a smaller wheat area planted in Great Britain and yields so far reported as average, this suggests that unless imports rise, UK supplies are unlikely to increase in 2017-18, added AHDB.