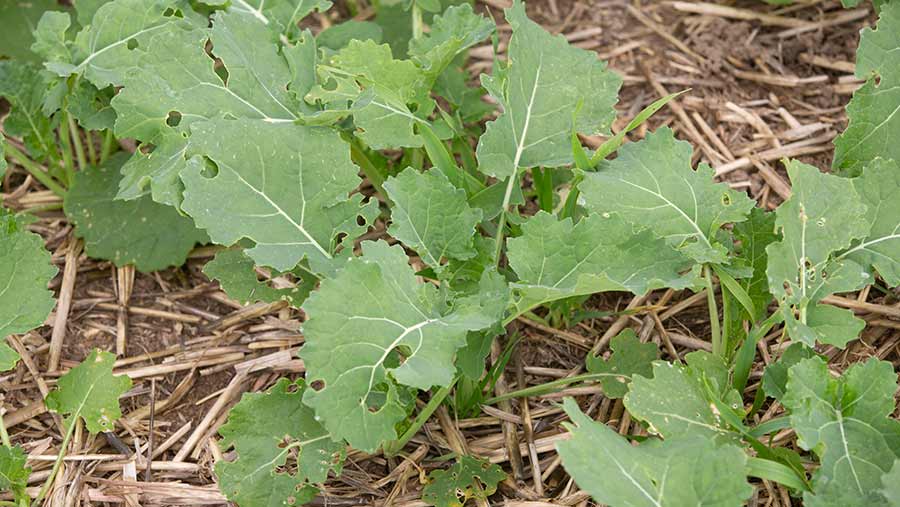 One in 10 hectares of oilseed rape planted this season have been destroyed by drought and cabbage stem flea beetle, according to a new estimate released by United Oilseeds.

The trading co-operative says that almost 60,000ha have been lost from the total cropping area drilled in late summer, with 537,623ha remaining from the 597,383ha originally established.

Its nationwide member survey found that losses had been heaviest in Bedfordshire, where it is estimated 20% of the crop has been ripped up.

United Oilseeds managing director Chris Baldwin said at five-year average yields of 3.5t/ha this will give a total crop of 1.88m tonnes in 2019, back from just shy of the 2m tonnes seen in the previous two years.

“Regions that have previously experienced only light cabbage stem flea beetle pressure suffered quite badly this year,” he said.

“While this will mean a lower overall production figure, it may prove to be a bullish driver for the OSR market.”

Independent agronomist Sally Gray said that it was the worst season she could remember for flea beetle damage in her area “by a long way”.

She has lost 14% of the rapeseed crops that she manages across Leicestershire, Nottinghamshire and south Derbyshire with all the damage occuring in fields east of the M1.

“I don’t think I lost any crops last year, and there was only a couple of fields that were badly damaged,” she said, noting that the drought conditions held back fledgling plants from growing away from the damage.

The problem has been compounded for some of her clients looking to maintain a break crop in the rotation by the scarcity of winter bean seed, with only those who had access to home-saved seed or who had ordered well in advance managing to get hold of supplies.

United Oilseed’s internal estimates put the Clearfield variety Imperial as the most popular choice in the ground in 2018, followed by Campus, Exalte, Elgar, Phoenix and Flamingo.