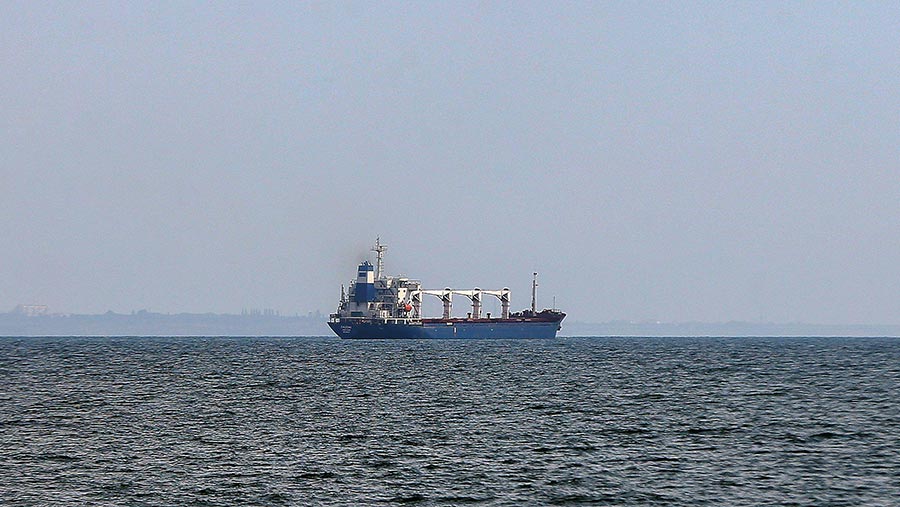 Grain markets are under pressure on the weight of harvest challenges, prospects for shipments from Ukraine and lower oil prices as the economic outlook cools further.

The first shipment under the UN-negotiated safe corridor agreement left Odesa on the MV Razoni on Monday 1 August, carrying 26,000t of Ukrainian corn. It was bound for the Lebanese port of Tripoli, via Istanbul for inspection.

Ex-farm feed wheat values midweek ranged from £233/t to £248/t across the regions, with the North, Scotland and the Borders at the top end.

“Markets remain on the defensive as vessels start moving out of and into Ukraine,” said Simon Wilcox, grain origination manager for Cefetra.

The extreme volatility of the market is perfectly illustrated in the high of £360/t the November 2022 contract reached on 16 May this year, in contrast to its low of £134.05/t on 4 August exactly two years ago.

European maize crops have been adversely affected by the hot weather, bringing the prospect of additional demand for feed wheat to replace elements of those poorer maize crops.

Nervous oilseed markets have reduced on the back of crude oil prices, which have in turn fallen on recession fears. For the latest regional prices, see p120.