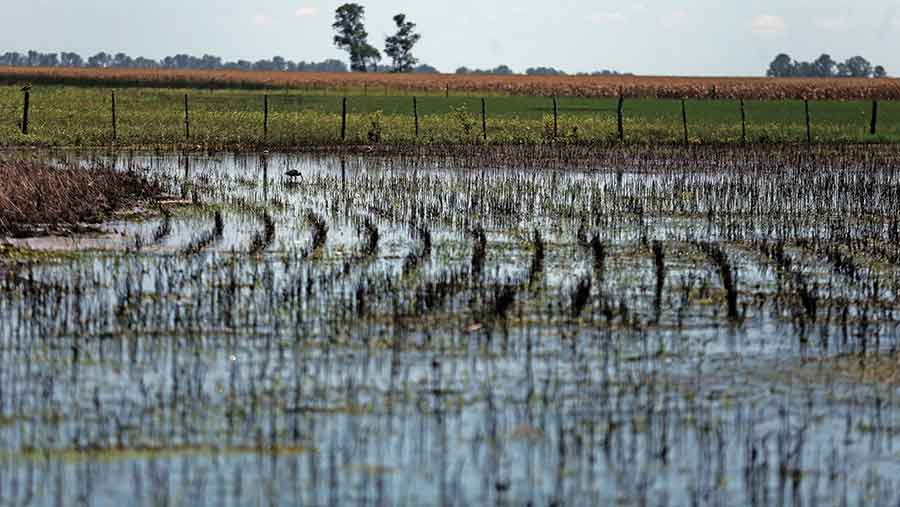 Recent weeks have again shown the overriding influence of weather on grain prices and give an indication of how markets could react in the coming months, says Nidera UK trading director Stuart Shiells.

Despite some of the most politically unsettled times of recent years, uncertainty about global trade agreements and worries about our post-Brexit future, it has been South American weather that has largely given the market its direction since Christmas.

See also: How to stay ahead as energy prices fluctuate

Heavy rainfall in Argentina during early January hampered final plantings and this, combined with pre-existing dryness in the south, sent soya markets soaring, which dragged corn and wheat prices with them.

While this enabled growers to enjoy a new-year lift in grain prices, more benign weather since has allowed crop concerns to subside and, in the absence of any further issues, markets have retreated lower.

These events do, however, give a real snapshot of how markets could react in the coming months.

With continued growth in world soya demand, another loss in Argentina of close to 5m tonnes would make the market highly sensitive to anything less than a bumper crop in the US.

Not surprisingly, therefore, the mid-January USDA report unsettled the market with lower-than-expected US winter wheat acres seeded for 2017.

While the US will carry record wheat stocks in to the 2017-18 crop year, the sharp drop in acreage will make the wheat market sensitive to adverse weather in the US during the key March/June period.

Global weather is creating few concerns at the moment, however.

Conditions in Brazil have been generally good for corn and soya development, while in the US, although it has been dry, moisture reserves are generally adequate.

In the EU, a cold spell has hampered logistics, but had little effect on crops and Russia has fared well with only minimal winter-kill damage.

In India, an unseasonably wet January has helped to improve yield prospects as the key development stages get under way.

With big 2016-17 wheat carry out stocks in Russia, the US, Canada and Australia, export competition will remain extremely strong.

The good news, however, is that all this abundant supply is already factored into current grain prices, so it’s difficult to see how these can fall appreciably lower until the markets gain confidence in growing crops.

In the meantime, any weather event could cause serious ripples among traders and investors which will inevitably cause grain prices to rise.

As the start of the year has shown, despite strong stocks, markets are nervous and quick to react to any threat to future supply.

The old-crop situation in the UK is a mix of abundant milling wheat supplies and a tight feed wheat situation. Demand from Ensus and Vivergo biofuel plants has supported feed wheat prices, in turn squeezing milling premiums.

With about 1.1m tonnes out of the 1.25m-tonne surplus already shipped, the UK doesn’t need to be aggressively competitive on writing fresh export business.

At the same time, however, prices are capped by the cost of imports. While sterling’s weakness helped UK exports and supported prices after Brexit, its renewed strength limits further old-crop price rises by making imports attractive whenever sterling firms.

Currency is likely to remain volatile as Brexit negotiations progress, but UK prices are currently too expensive to compete against other origins into our traditional export destinations.

That said, it’s a time to be light on your feet, be aware of the changing dynamics and take advantage of any selling opportunities created by markets reacting to supply fears.

A summary of the current main price factors and their probable influence.

Burdensome world grain stocks and forecasts of strong production for 2017 with generally good growing conditions will continue to dominate the market and keep pressure on grain prices.

Near-term price action will be driven by weather and currency. South American conditions over the next few weeks will be particularly important. A continuation of poor weather in Argentina would spark renewed fears.

The ample global supply situation is factored into current prices. With a long window between now and harvest, any adverse weather event in key regions could have a significant impact on prices. Speculators still hold short (sold) wheat positions whilst they are long of corn and soya.