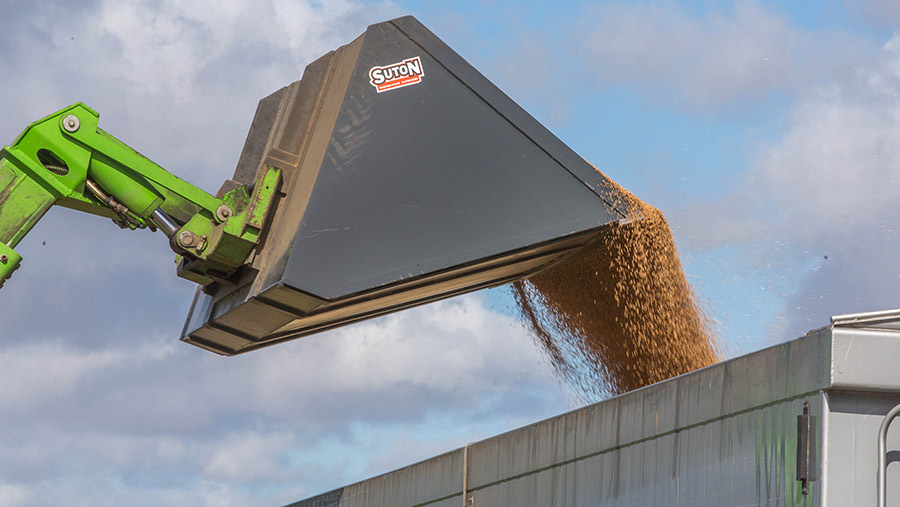 Ex-farm spot feed wheat and barley prices have lost £5-£6/t over the week, while UK futures are recovering slightly after a massive global sell-off of agricultural commodities by speculators.

The overall downward trend on futures markets over several weeks has been led by fears of recession on the back of inflation and higher interest rates.

Oil prices dropped below US$100/barrel this week for the first time since a brief dip in mid-May, adding to the pressure on other commodities.

In the second-largest sell-off of agricultural commodity futures, contracts worth US$8.2bn were sold in the week to 28 June, according to a US Commodity Futures Trading Commission report.

See also: Analysis: what is going on in UK and global grain markets

Grain market analyst CRM said that for the first time since March, speculative investors had moved to an overall short (sold) position in wheat, with the number of longs (bought contracts) at the lowest level held since mid-February.

Closer to home, wheat supply remains tight and barley is trading at about a £30/t discount to wheat.

“Longer term, global inventories are still expected to tighten, although crop prospects in the EU and the Black Sea region have improved over the past few weeks, especially within Russia, where a record wheat crop is being projected,” said Mr Lane in the merchant’s weekly report.

“However, we believe Russia still holds the key to future market direction. It is looking at an export potential of more than 40m tonnes and has reduced its export tax. It is also likely to control what, if anything, happens out of Ukraine.”

The French wheat harvest is understood to be coming in at lower than the country’s 10-year 7t/ha average.

Defra put out an estimated 2022 wheat acreage of 1.807m hectares this week, prompting trade comments that at just 1% up on the 2021 area, this looked on the low side.