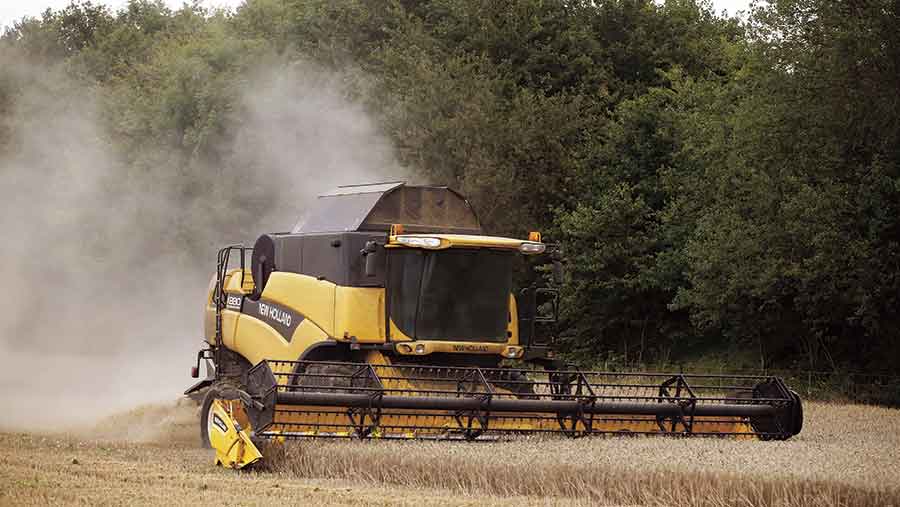 Grain prices steadied in the week to Wednesday (23 August) after falling for six weeks.

A continually weakening pound, lower stock carried in to the new season and a stop-start harvest have helped to cushion UK prices from wider factors.

These include the likelihood of producing the world’s largest ever wheat crop, including a much larger EU wheat harvest than last year.

Each successive estimate of the size of the Russian wheat crop is larger than the one that went before, with the latest at 80m tonnes compared with the 72.5m tonnes produced last year.

As a result Russia, Ukraine and other neighbours are aggressive export bidders, mopping up Egyptian business against few tenders of EU origin.

However, logistics may be a limiting factor in Russian export progress.

The drop in prices has encouraged importing countries including Algeria, Tunisia and Iran to come back into the market, say traders.

London’s November 2017 feed wheat futures contract reflects the decline on physical markets – on 11 July it reached £154/t but by lunchtime on Wednesday (23 August) it stood at £137.50/t.

Spot prices midweek were slightly up on a week earlier and ranged from £126-127/t ex farm in the eastern Counties and south-east of England, to £135/t ex-farm in north-east Scotland, with the average gaining slightly on the week to £129.54/t.

The German wheat crop looks slightly smaller than in 2016 but quality is suffering. The UK has relied on a good supply of German milling wheat for the past two seasons, so milling premiums will be worth watching closely as harvest progresses.

Full spec breadmaking wheat was worth £138/t-145/t midweek, with an average premium of £13/t over feed values.

Heatwaves and low rainfall continued to affect much of the Mediterranean, Central and Eastern Europe through July and into early August, said AHDB Cereals and Oilseeds.

Barley values have fallen less than those for wheat, with feed barley in a range from £114-118/t midweek and averaging just over £116/t, a slight improvement on a week earlier.