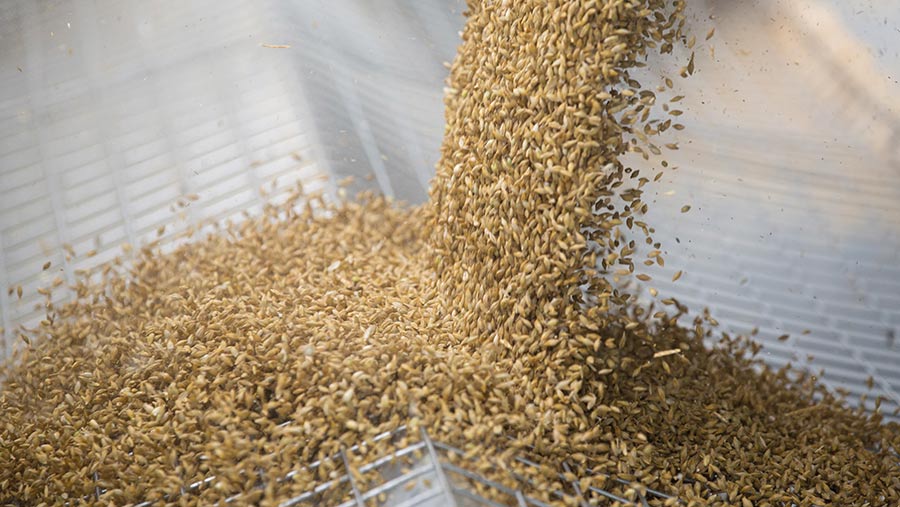 A heavy EU wheat crop is weighing on prices, although there are quality issues, as many producing countries have had heavy rain similar to that in the UK.

There has also been concern about the likely late start to the UK harvest, as some barley contracts commit growers to supply on a specific date in July.

The EU and UK together are expected to produce about 20m tonnes more wheat this year than last, at a total of about 149m tonnes.

Harvest is starting to replenish global barley supplies, weighing on prices, said AHDB Cereals and Oilseeds, although for now, the smaller UK area is keeping feed barley at a reduced discount to feed wheat compared with last season.

Oilseed rape jumped £22/t to average £445/t ex-farm for July, influenced by rising oil prices, a lower UK area and concern about prospects for US and Canadian oilseed crops.

A US Department of Agriculture global supply-and-demand outlook this week reported larger-than-expected US soya bean and corn production and stocks.

However, the US spring wheat crop was forecast sharply down, resulting in a 5m-tonne drop for the 2021-22 end-of-season stock compared with last month’s figure.

US futures jumped on this news, taking European futures with it, but to a lesser extent. Markets have since calmed, with the November 2021 London feed wheat futures contract at £166.75/t  – just a touch up on a week earlier.

Traders warn of further volatility on weather news – rain is needed and forecast for dry areas of the US and Canada while, closer to home, harvest pressure in the EU and Black Sea areas is keeping prices in check.