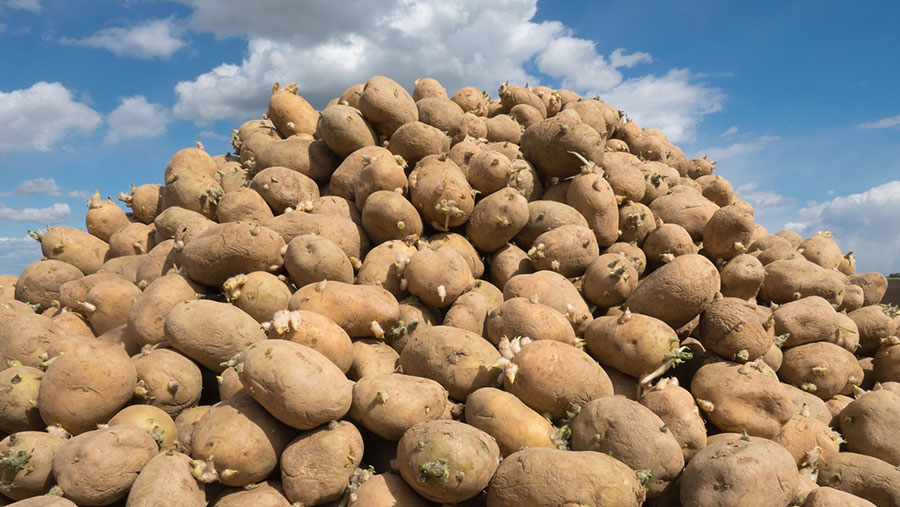 An increase in growers wanting to load for the English packing market has put pressure on potato markets, bringing the GB average price down by 2% in the week to 2 June, to £202.91/t ex-farm.

With increased white supplies on the English packing market, prices were subdued, said a report by AHDB Potatoes. However, some values had held firm for the best bold samples with good skin finish.

On the back of increased English supplies, the Scottish packing market reported slow demand in the week to 2 June, with some prices easing in response, added the report.

For the chipping market, demand remained steady in coastal areas. However, following the Bank Holiday weekend, buyers in the East were increasingly reliant on growers in the West and South.

More growers were starting to lift new-crop potatoes, although slow demand was holding some of them back.

In export markets there was limited movement of frying potatoes – mostly from the eastern counties to Ireland. Most movement was on contract, leaving very limited demand for free-buy supplies.

Prices dipped slightly in the week to 2 June, ranging from £160/t to £340/t ex-farm depending on variety.