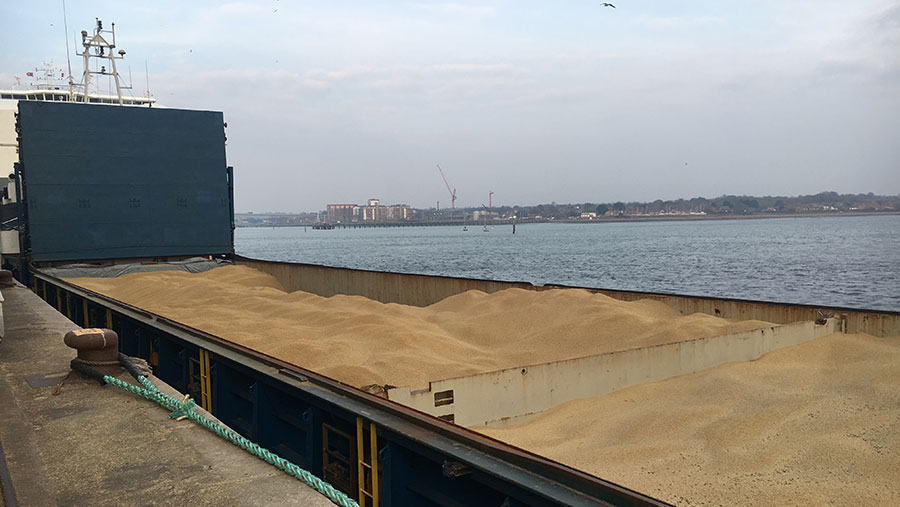 Declining global barley production and one of the most favourable climates in the world offer UK malting barley producers big opportunities if Brexit can be negotiated successfully.

Strong demand for “maritime malt” domestically and overseas will reward those who do all they can to hit spec, said Robin Appel director Jonathan Arnold at the merchant’s malting barley conference this week.

High feed barley prices and the largest malting premium in more than five years mean growers with in-spec crops to sell are being rewarded after a challenging growing season, as end users both domestically and on the Continent compete for limited supplies of the crop.

Mr Arnold said the UK is on track to export up to 250,000t of malting barley in the 2018-19 season, about the same as last year, but all shipments were being booked to travel before the end of March 2019 because of ongoing Brexit uncertainty.

British growers also have an advantage over their European rivals by continuing to grow significant amounts of malting stalwart Propino, which has been overtaken on the Continent by newer variety Planet.

Propino is forecast to claim some 20% of the UK spring malting barley area next season to Planet’s 40%, which is said by breeder RAGT to be the most popular spring barley variety in Europe in 2018.

However, Mr Arnold told growers thinking of switching away from Propino next season not to be in a hurry to abandon it.

“There is a very active market for Propino and it will potentially trade at a premium over other brewing varieties,” he said, explaining that dwindling supplies are creating competition for the variety from domestic and European customers.

Speaking at the same event, Jack Watts, NFU chief combinable crops adviser, said significant uncertainty remained about potential barriers to trade with Europe from the end of March next year when the UK is scheduled to leave the EU.

The barley price is more sensitive than the wheat price if there were export difficulties as the crop is more reliant on exports, with the surplus setting the price, said Mr Watts.

If Theresa May secures a transition agreement, trade is likely to continue as normal, but if the UK were to leave without a deal, potential tariff barriers could put severe pressure on prices.

The UK would first have to apply for third-country status to be able to send agricultural products to the EU, a process which can take months, and then have to operate under import tariff quotas.

The UK’s biggest rival is likely to be Ukraine, which enjoys its own separate tariff-free quota of 270,000t.

“Currency will move prices more in the next six months than fundamental supply and demand,” said Mr Watts, who said the pound could trade at parity with the euro in the event of a no deal.

A lower value pound would make UK products more affordable for EU customers, potentially offsetting the impact of the lower-rate tariffs, said Mr Arnold, and maltsters would likely be prepared to pay a premium for crops of a desirable quality subject to the quality and quantity available from other countries.

The other half supplies domestic brewers such as Carling brewer Molson Coors, but also underpins exports to maltsters in Europe, who rely on British growers in the south of England to iron out supply deficits from growers on the Continent.

These include customers such as global malt producer Boortmalt, whose Antwerp facility is the biggest single malting factory in the world, pulling in 500,000t/year of barley from across the Continent.

UK supplies have been important this year to replace poor harvests in France and Denmark which were badly affected by the summer drought, and suffered large yield losses and quality issues.

Feed barley has also been export competitive, with UK crops helping to fulfil the huge middle eastern demand, with biggest buyer Saudi Arabia purchasing about 8m tonnes a year from around the world.