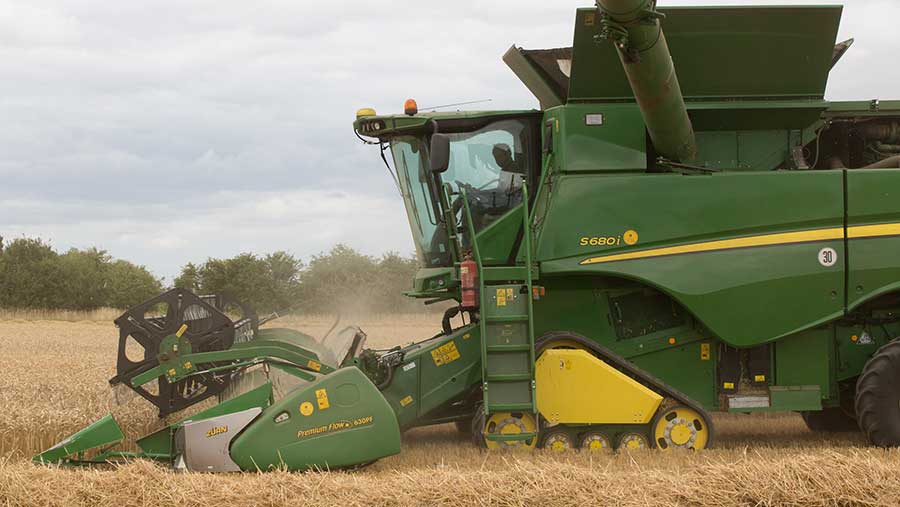 “Old crop is all but over, and market focus is all about weather and new crop prospects,” said Gleadell managing director David Sheppard.

“Impending harvests will make short-term rallies difficult to sustain as the world still has plenty of wheat, although new crop quality fears are starting to intensify.”

At £130.50/t in the week to 25 May, the price for August delivered feed wheat was the highest it has been at this stage in the season since 2014, said AHDB Cereals & Oilseeds

“While prices are slightly below that peak now (£141.50/t on 30 May), they are still the highest new crop prices recorded at this stage ahead of harvest since 2013.

Weather worries include very dry weather in Spain and concerns over quality ratings for US spring and hard red winter wheats.

While globally there will be plenty of wheat, the market here appears to be expecting a relatively tight UK wheat supply.

“Should UK supplies prove higher than seems to be expected, then prices may need to realign slightly and drop back against Chicago and Paris futures,” said Helen Plant, senior analyst, AHDB Market Intelligence.

“However, even if a tight supply situation is confirmed post harvest, the potential for relative price rises, on the back of that situation, is more limited than we saw last autumn.

“In autumn 2016 UK wheat prices rose, as the tight supply and demand situation became clear, until they started to make imports attractive in early 2017. Over that same time period, UK prices moved from a discount in the region of £15/t to Paris to a premium.

“With UK feed wheat futures already trading at a much-reduced discount to Paris, even if UK supplies are tight, the range of movement until the market attracts imports may be less.

“This is because the market already seems to be pricing in a relatively tight supply situation in the season ahead, while a year ago it wasn’t. While movements in the global market could still be far larger than such a shift, uncertainty around the UK supply and demand position in 2017-18 could well add to price volatility.”