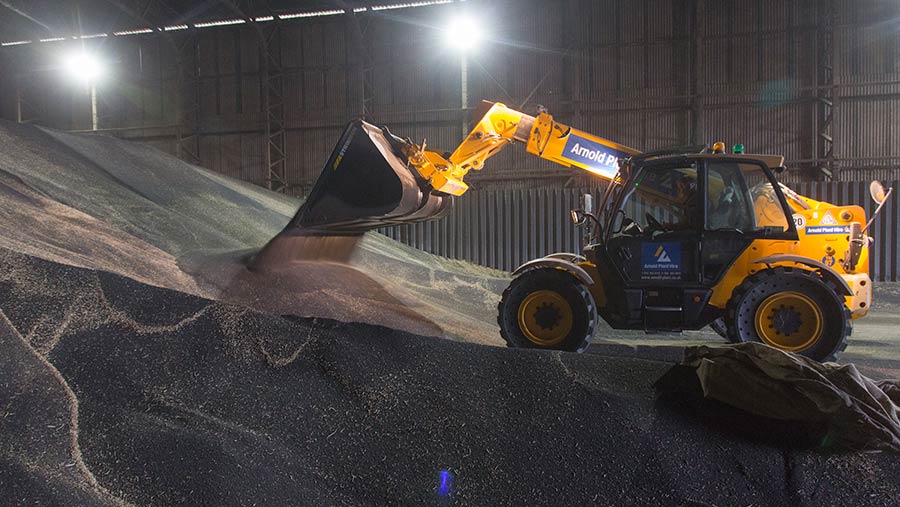 Oilseed rape prices continue firm, helped by a reduction in the EU crop forecast and weaker sterling. However, there are many wider market factors that make the outlook volatile.

As Farmers Weekly went to press on Wednesday (5 June), average ex-farm prices for new crop in August were at £308.50/t, similar to a week earlier and having moved up or down by up to £4/t a day on most days through the week. The regional range was from £303/t
in north-east Scotland to £312/t in Norfolk and Suffolk.

Upward price pressure comes from several directions, including a reduction in the EU oilseed rape harvest forecast from analyst Strategie Grains. It lowered its estimate by 1.1m tonnes to 17.8m tonnes, which would be the smallest crop since 2006-07.

Wet weather in the US is slowing soya bean plantings considerably, with just 39% of the planned acreage in the ground last week compared to 86% last year and 79% on average. However, the AHDB points out that there is still ample time to plant the crop should the weather dry out.

Canada produces about 20% of the world’s canola (rapeseed), and futures prices here also hit six-week highs recently, although here the issue is dry weather, with wildfires adding to the sentiment. The November Chicago soya bean futures contract reached a seven-week high recently as more speculative money went into that market.

The latest AHDB UK crop condition report suggests that 10% of the winter oilseed rape crop was lost over winter. This considers that 19% is in poor or very poor condition, with average yield expectations across the board down by 20-40% on farm.

While there is plenty to keep prices firm, the South American harvest is progressing well and lower demand from China caused by African swine fever means stocks at the end of the current season will be at record levels.

Global oilseed supply (production and stocks) in the 2019-20 season is predicted by the US Department of Agriculture at 729m tonnes, up 22m tonnes on the previous season. Consumption of that supply is forecast to rise slightly less, up by just 9m tonnes to 503m tonnes and leading to high season end stocks of 130m tonnes (the same as predicted for the current season).

Elsewhere, rapeseed crops in the Black Sea region continue to look largely favourable, says the AHDB, and the Ukrainian oilseed rape crop area is expected to be up by 29% on 2018.

Falling oil prices have had also had a knock-on effect on vegetable oil prices.