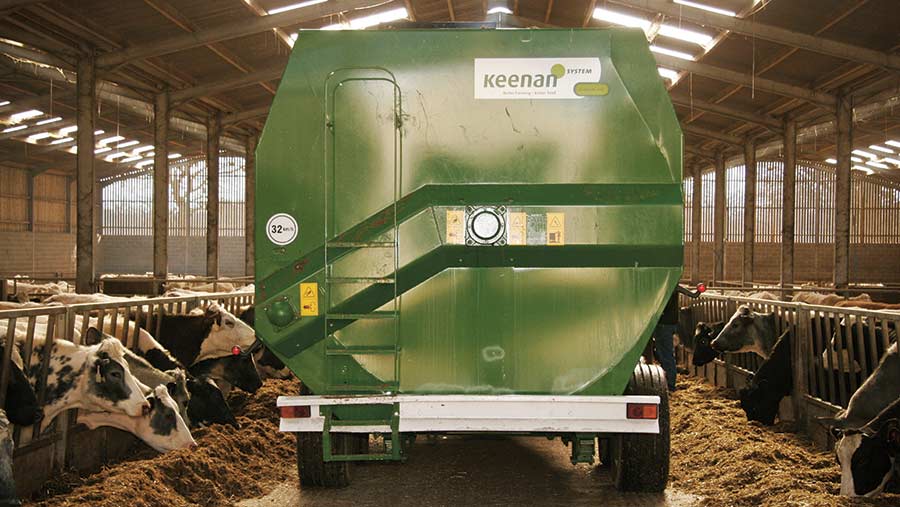 Feed availability is good, with a kinder spring than many had expected leading to lower demand, which in turn is putting pressure on prices.

Advisers and traders say despite plentiful supplies, now may be the time to get into the market for energy and protein feed cover.

Prices are lower than they paid in winter but there is a limit to how far some commodities are likely to fall.

However, there is caution on both sides of the price outlook.

Brexit negotiations could take a dramatic turn either way, which will affect the value of sterling and commodity prices.

Many commodities are well down in price on a year ago levels, apart from wheat and maize-based products and molasses.

The picture for soya markets has changed dramatically over the past year, as the US-China trade dispute began, escalated and has now become prolonged.

UK users of both soya meal and soya hulls are benefitting from depressed soya markets at a time of plentiful supply.

Prices for HiPro meal are £60-£80/t lower than a year ago, at less than £300/t on farm for April/May delivery and through to November-January.

China has switched from using the US as its chief supplier to sourcing South American soya beans and meal, putting pressure on US prices.

Aside from this, Chinese demand has also reduced, with a 5-10% drop expected, a dramatic reversal of the long-term trend of a 5-10% annual increase in demand.

This is thought to be due partly to lower pig numbers because of African swine fever, but also possibly to slower economic growth reducing demand for meat and further to a determination to rely less on imports.

The Chinese government is aiming for growth of 6% to 6.5% this year, slightly lower than last year’s growth of 6.6%, which in turn was its slowest rate of economic growth for almost 30 years.

However, traders caution also that any sign of agreement in the US-China trade talks is likely to push up soya prices as speculators return to the futures markets.

Wheat has also been under pressure since mid-December, when it stood at almost £169/t spot ex-farm.

London November 2019 new-crop wheat futures were below £149/t as Farmers Weekly went to press on Wednesday (27 March), down by about £14/t over the past three months.

Barley prices have fallen by more than wheat since the start of this year and with plentiful supplies and lower use in feed in 2018, was averaging £132/t spot ex-farm midweek and trailing wheat by just over £30/t.

However, it is also priced in a wide regional range from £122/t in the south-east of England to £155/t ex-farm in north-east Scotland.

A larger EU crop expected from the 2019 harvest is also keeping the pressure on prices.

Rapeseed prices continue under pressure in a relatively quiet market, added to by China’s recent refusal to take Canadian oilseed rape, which means this is also looking for additional sales in other markets.