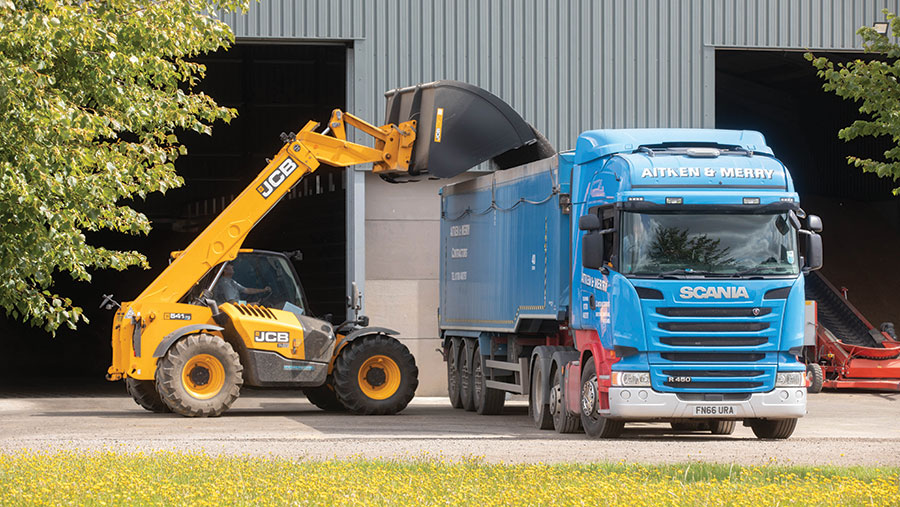 Arable farmers are holding on to rapeseed crops as a global shortage is set to help prices rise in the new year, according to traders.

Prices have slumped for other combinable crops, such as wheat and barley, but growers who have managed to get the difficult and expensive break crop into the shed should see a return for their effort.

Consumers of the crop are set to have ample supply until the end of the year, but prices could move higher in 2020, as they will have to choose between importing troublesome GM crops from Canada or buying locally, said United Oilseeds trading manager Owen Cligg.

UK crushers are currently being well supplied by Ukrainian imports, but these are predicted to decline by the end of the year.

Importing GM rapeseed is tricky, as not all plants have the ability to keep supplies of GM and non-GM crops separate, with a flow of non-GM rapeseed oil essential to meet demand for human consumption, Mr Cligg said.

There is also only a small domestic market for GM rapemeal, meaning much of it has to be exported, and these factors are likely to encourage increased demand for UK product.

United Oilseeds estimates a domestic crop this year of 1.75m tonnes – down from about 1.9m tonnes last year.

This puts UK average yields at 3.3t/ha, although there has been a wide spread between good yields in the north of England and Scotland and poorer yields in flea beetle-affected areas.

First estimates of the 2019-20 cropping area are not expected until November, with agronomists again reporting establishment issues following dry weather and pest attacks, causing some farmers to rip up failing fields already.

A poor harvest 2019 across Europe will mean a low output of 17.1m tonnes will have to be supplemented by 5m tonnes from Ukraine, Canada and Australia, said Mr Cligg.

UK prices have steadied in recent weeks, as the rising value of the pound has eroded  European price gains, with every 1p increase in sterling against the euro wiping about £3/t from the price.

Sterling has strengthened as fears of a no-deal Brexit at the end of October have, for the time being, receded.

This was the main factor for delivered prices for November into Erith – one of the UK’s main crushing plants – falling by £7/t between 23 August and 20 September. This was despite the Paris oilseed rape futures price rising by €11.25/t (£9.97), according to AHDB analysis.

Farmgate rapeseed prices have fallen by just £1.20/t from a two-year high at the end of August, with the UK average price standing at £328.30/t on Wednesday (25 September). This compares with £316/t in the same week last year.

Global shortages of rapeseed mean its price is not likely to follow other oilseed prices as closely as normal, said Mr Cligg, but AHDB analysts said US soya prices are also set to increase.

The development of the US soya crop in the ground is well behind last year and the five-year average, according to AHDB analyst Alice Bailey.

There has also been optimism recently about a resolution to the long-running trade spat between the US and China, with China recently resuming buying US soya beans.

Further improvements to the trading relationship would be likely to improve soya prices and may also offer more support to oilseed rape, she said.

The rapeseed price is also linked to crude oil, as it is used in biodiesel production.

A crop price forecast published this week (25 September) by agricultural finance specialist Rabobank said the attack rippled through energy markets and into the vegetable oil and ethanol complexes.

It warned that geopolitical risk in the Middle East is at its highest in a long time, with the consequences of the attack not yet fully known.