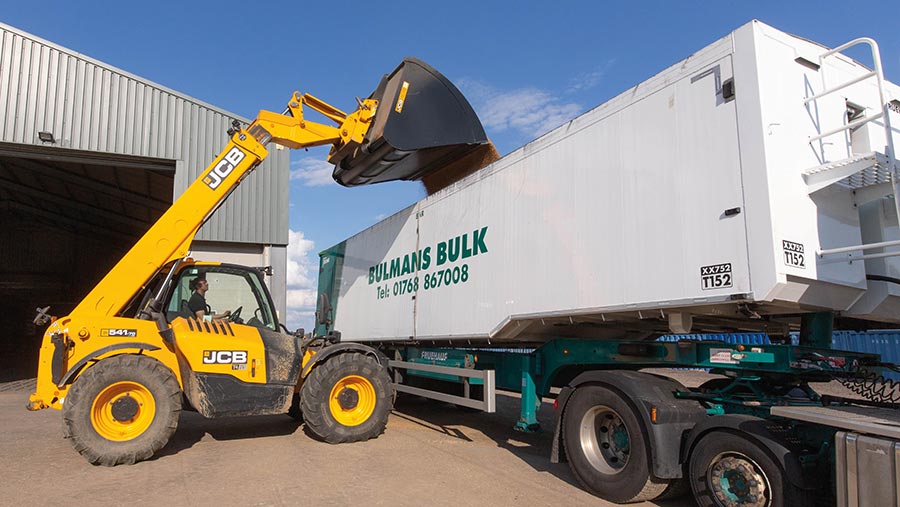 Wheat prices are expected to remain high in the short term as markets stay bullish.

However, more bearish outlooks in the longer term from the US Department of Agriculture’s World Agricultural Supply and Demand Estimates report (See “Wasde report – main changes”) and the AHDB suggest prices could begin to soften.

Stock levels for wheat in major exporting countries are down to their lowest levels since 2008, according to the AHDB.

This, coupled with tight supply of wheat in the northern hemisphere due to adverse weather in the US, Canada and Russia, is driving up global prices.

However, one of the key messages from the AHDB’s Grain Market Outlook event on Tuesday 12 October was that harvests in the southern hemisphere are likely to dictate how global grain markets move in the coming months.

While heavy crops would weigh on global markets, the high chances of a weather event known as La Niña in South America and Australia could reduce yields there.

Conversely, the current high global prices offer an incentive for 2022 harvest plantings, but whether this will materialise is uncertain.

At the conference, the cereals and oilseeds team outlined their forecasts for domestic and global markets.

Helen Plant, AHDB senior analyst, said while production has been higher – with Defra estimating the 2021 UK wheat crop at 14m tonnes, compared with 9.7m tonnes in 2020 – there have been major issues with quality.

“The amount of Group 1 milling wheat samples making specification this year is estimated at 23%, down from 32% the previous year,” said Ms Plant.

This has fuelled a rise in breadmaking milling wheat premiums which have reached £34/t, compared with £19/t a year earlier.

Another domestic market driver for wheat is the E10 ethanol blend for petrol, which was introduced in September.

It is helping to boost UK ethanol production, for which wheat is the main feedstock. Animal feed use is also expected to increase demand for feed wheat to some extent, according to Ms Plant.

Global wheat demand is expected to grow, with rising demand reported in both India and China.

Short-term demand for barley is expected to stay bullish as supply remains tight. Ms Plant said: “We have seen challenges to production across the northern hemisphere, particularly in Canada. Global stocks are expected to fall to their lowest levels in modern history.”

Animal feed demand for barley is reportedly dropping back year on year, with increased demand for wheat and oats. Exports could also drop back below last year’s levels.

Defra estimated the UK barley crop at 7.1m tonnes, down 1m tonnes year on year, with barley currently at a discount of £14/t compared with wheat.

“Barley needs to hold the gap to other grains. It cannot move to a larger discount – it needs to pull back demand for animal feed at a global and UK level to deal with the fact that global supplies are tighter this year,” Ms Plant said.

“We had record maize imports last season, and a tight situation moving forward, so there is still going to be that need to import maize,” said Ms Campbell, adding that the global supply picture is tight.

Global markets have been supported all year with consistent, bullish demand. China has imported high volumes of maize, but demand has been softening.

“Logistical issues in place in the UK at the moment may mean the discount for maize needs to widen to make it more attractive for feed inclusions,” she said.

The World Agricultural Supply and Demand Estimates (WASDE) report is important to the trade and prices.

The most recent report was released on Tuesday (12 October) after the AHDB event had closed.

Market analyst CRM said the report was mildly supportive of wheat, but mildly bearish for maize and soya beans.

US production is down by 1.4m tonnes to 44.8m tonnes, in line with industry expectations. Canadian wheat production was revised by a further 2m tonnes to 21m tonnes. The US end-of-season stocks forecast for 2021-22 is the lowest since 2008.

The US Department of Agriculture’s report estimates there will be higher production in the US, larger opening stocks and increased exports.

The global coarse grain production forecast was cut by 2.9m tonnes to 1.49bn tonnes, which is still up on 1.43bn tonnes in the previous year. Canada and the EU both have increased production, while yields in Russia and Ukraine have been lowered based on current harvest results.

The report revised US soya bean production up by 1.5m tonnes to 130.8m tonnes.

Oilseed production for the rest of the world has been lowered by 2.4m tonnes to total 497.4m tonnes, though this is still up compared with the 477.7m tonnes produced in 2020-21.

Production estimates have been lowered in the EU, Argentina and India.