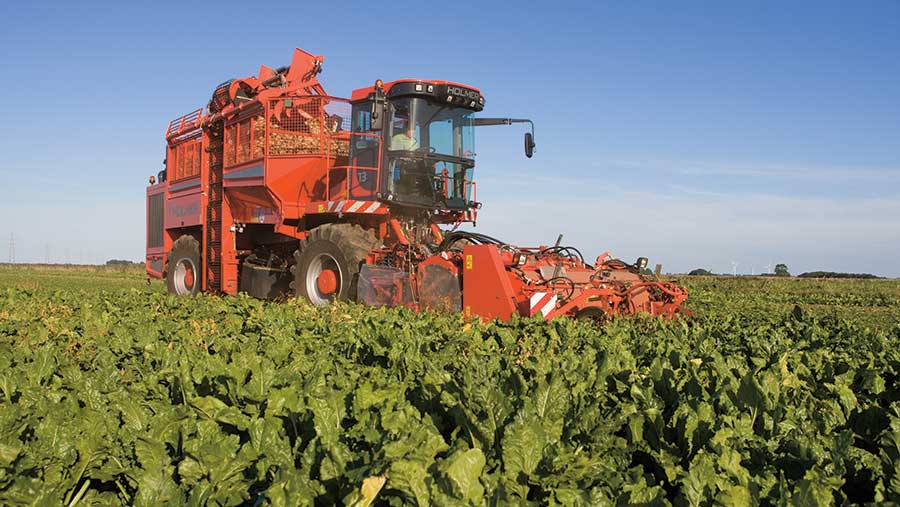 The abolition of EU-wide production quotas in 2017 will herald an uncertain era for sugar beet, prompting many to reconsider growing the crop. But how can growers make this important decision?

When the EU sugar regime ends in October next year, sugar beet, like any other commodity, will be more exposed to volatile world markets, creating greater market pressure as processors battle for business with other European and international sugar producers.

The 2016/17 price cut (from £24/t to £20.30/t) shows the impact difficult market conditions are already having, and many growers hope there will be no repeat when the 2017/18 price is announced (expected to be within the next couple of months).

See also: Sugar beet area on the rise in the West

Whatever the next contract deal holds, there needs to be a strong business case to continue growing the crop. Keeping it in the rotation because it has been there for generations is scant justification, and the potential rotational advantages beet offers (see panel) may be available from other crops.

The relationship between cost of production per tonne and price is by far the biggest determinant of profitability and should be the prime consideration when examining beet’s future, says Norfolk-based agricultural consultant Robin Limb.

Only when this has been calculated can growers compare beet against alternative crops and make a considered decision about its future, he says.

Charles Whitaker, partner at management consultancy Brown & Co, says cost of production varies widely – from £18/t-27/t – depending on farming system, soil type, yields and many other characteristics often beyond the growers’ control.

The NFU and British Sugar are currently negotiating the 2017/18 beet contract, with a decision likely soon.

Three main contract options are being discussed, including: maintaining the status quo fixed price agreed before sowing; a multi-year fixed price for a three-year period; a price linked to markets and to “price at the date of delivery”.

“Some growers may well be able to produce beet at low cost, but it’s not possible to get the whole 7.5m tonnes of crop at that level, given the inherent variation across beet growing areas.

“Yield variance in sugar beet is still quite significant, with some struggling to get over 55-60t/ha consistently, yet others can regularly achieve 75-90t/ha. Farmers have got to look at where they stand and whether the margin is comparable to other break crops.”

While maximising yield is important, Andersons consultant Nick Blake says there is no magic yield target and points out some high-yielding crops come from businesses with a higher cost structure while lower-yielding crops may be grown at relatively low cost.

“The net margin of wheat at current prices may be comparable to beet at £20/t, but you can’t assume you will be better off swapping beet for another crop if you end up incurring other costs in the process.”

With most sugar beet harvested by contractors, it is those businesses that carry the greatest financial burden of capital investment.

Anyone with their own equipment thinking of quitting beet production needs to consider a number of potential tax implications before doing so (see below). Equally, farms looking to continue must also consider future capital demands.

“Ask yourself whether you are living off depreciating assets, such as an old beet drill. Is a replacement needed and is there enough margin available to justify doing so?” says Mr Blake.

A number of other rotational benefits and potential drawbacks of growing beet also need to be considered. Below are some issues to consider:

Growers keen to keep beet in the rotation but looking to reduce their involvement with the crop have a number of options, including:

Allowing a specialist grower to grow beet under licence is also worth considering. Given the general economic pressure on the sector, Mr Whitaker believes that if the beet price remains at or around cost of production, more beet may be grown under licence by specialist producers in future, in a similar way to carrot or potato production. 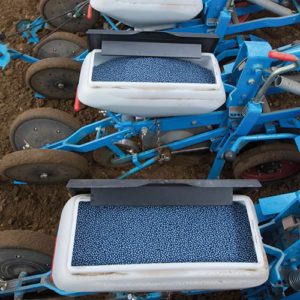 The specialist grower might pay a licence fee of typically about £150/acre (£350/ha-£400/ha) in return for the right to grow beet on that land, he explains.

“Specialist growers and large-scale arable operators are likely to be farming more land under Contract Farming Arrangements, where greater investment in equipment and technology can generate greater yields and margins from beet and other combinable crops than smaller units where it’s difficult to justify such investment at current returns.”

By having access to better equipment, agronomy techniques and skills, it may be possible to produce higher yields from the same land, while the farmer retains the rotational advantages beet offers and remains an “active farmer” for tax purposes, he adds.

The timing of harvesting can have a big effect on following crops – so where beet is to remain, Mr Blake says farmers should consider whether it is worth taking a reduced beet yield and gross margin by lifting earlier, offsetting that with a smaller yield penalty on any following crop.

If the decision is taken to quit beet production, there are various tax issues to consider, says Mark Balfour, partner at Larking Gowen chartered accountants.

Foremost is the timing of any machinery sale, as this can potentially incur a hefty tax bill, he says.

“Most people will have claimed full tax relief [Annual Investment Allowance] on the acquisition of new machinery, which means sale proceeds are fully taxable through a balancing charge.”

The tax rate depends on how the business is structured and on its profitability. Sole traders and partnerships, for example, may face a tax rate of 45% where total income exceeds £150,000, whereas limited companies currently pay 20% – and this will drop to 19% from next April.

“It’s only a 1% drop, but if you’re contemplating selling expensive kit, it might be worth deferring any sale to get the reduced rate.”

One way businesses other than companies can mitigate tax bills is to use the “farmers averaging” provisions that allow profits to be averaged out over two years.

The accounting year-end also plays a big role in the timing of any sales, says Mr Balfour. Selling at the start of a new accounting period, for example, can give more time before the tax on sale proceeds has to be paid, which may ease cashflow.

“Ideally you should dispose of assets in any year when profits aren’t going to be very good.”

Farmers who bought equipment on a hire purchase-type arrangement should also ensure sufficient cash is available to pay any outstanding HP liability and the tax bill on full sale proceeds.

There is an added layer of complexity for machinery funded through a joint venture or share farming arrangement, as other parties have to be consulted to reach a deal for that share of the kit. For example, they may opt to buy out the remaining share or pay a hire fee for a couple of years.

“Joint venture or shared arrangements are increasingly used to buy expensive kit that is often used for only a limited period each year, so it could be a way for anyone to continue in beet production but spread the capital cost of doing so.” 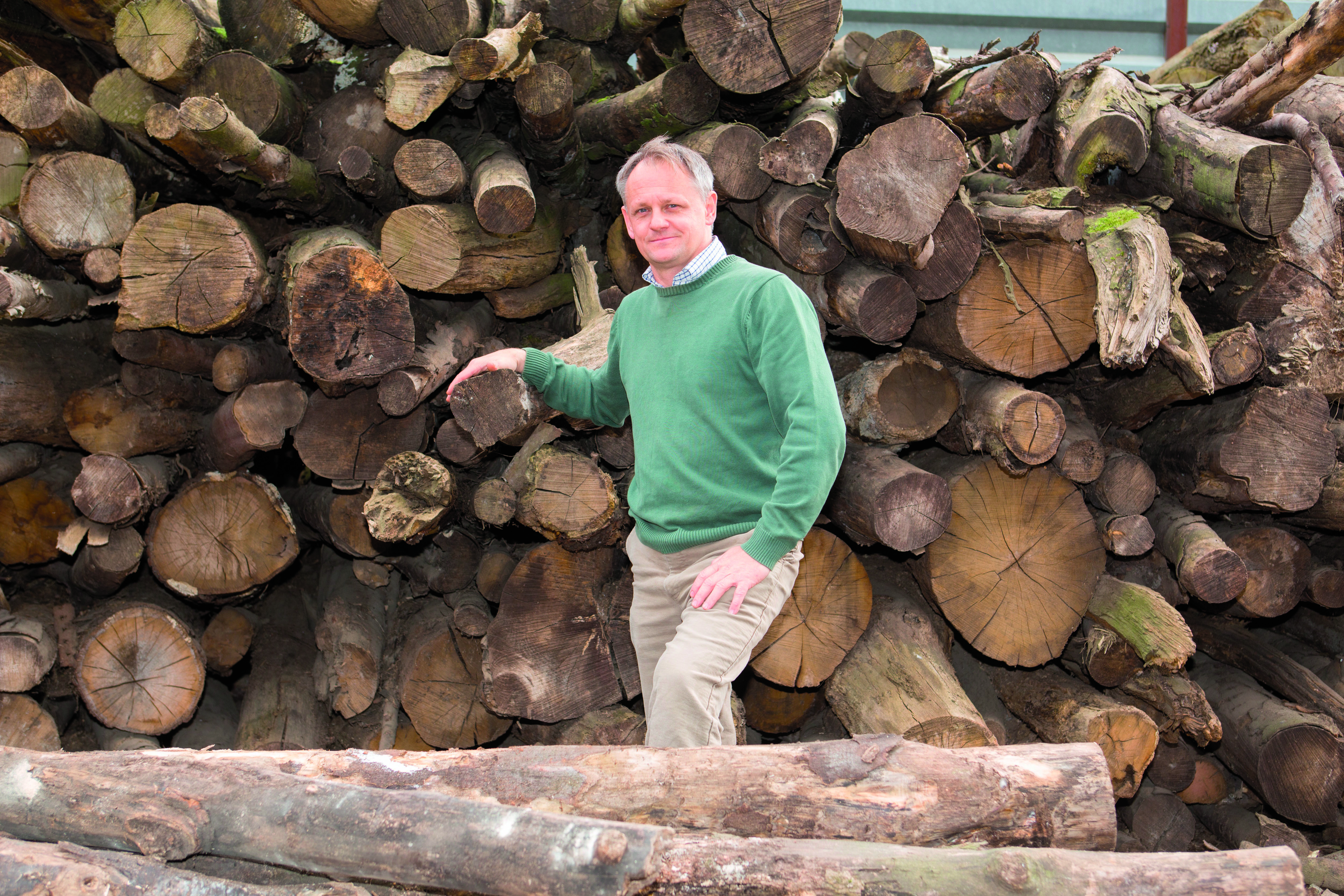 Sugar beet remains an important part of the rotation at the 4,400ha Euston Estate, where 250ha (625 acres) is in the ground with a variety of combinable and root crops.

Some 16,000t of beet is produced annually for the Bury St Edmunds plant, at a consistent five-year average yield of 65t/ha. “We aim to produce as close to quota as possible as it’s not worth over-producing,” says Andrew Blenkiron, who manages the estate.

Most drilling is done in-house, but a local contractor does about 25% to ensure crops are sown in good time and also harvests the crop.

“We’ve got very little equipment tied up and have spare combine capacity to grow more wheat or rape, so it would be relatively easy to bail out if we wanted to. But we are keen to stick with beet, largely for the rotational benefits it provides. We also graze finishing lambs on the tops after harvest, which adds value.”

Mr Blenkiron has calculated beet’s cost of production on the farm and says that even at £20/t it is still possible to make a slim positive margin. “It’s not just about the beet price, but the price of alternative crops too,” he says

“We have cut out oilseed rape altogether for the second season, but continue to look at the economics on a year-by-year basis.

“Our area of irrigated root crops is about as high as we can go, so sugar beet is the next most-viable alternative. It’s possible to get late-harvest bonuses on about 60% of land, so it’s a highly suitable crop for us to grow.”

Changes have been made to the rotation to minimise the effect on following crops after it was realised several years ago that there was a significant yield penalty in late-sown wheat after beet. Some wheat is still sown after early (September) lifted beet, but other land now goes into April-sown forage maize for a nearby AD plant.

“We are not trying to rush a crop in, so can leave time for the soil to improve. It has revolutionised the way we grow beet.”

Since this change, the five-year average wheat yield has increased from 5.5t/ha to 9t/ha, he notes. 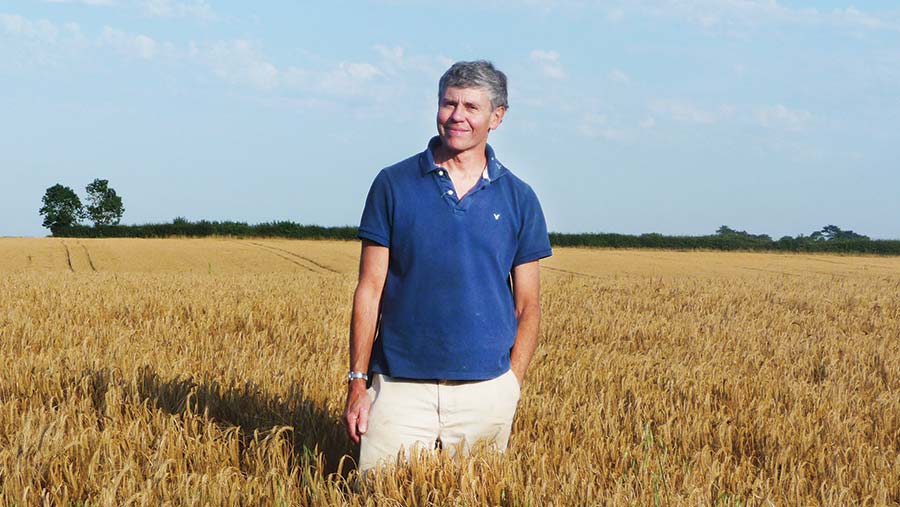 Sugar beet has been grown at Branthill Farm on the Holkham Estate for 70 years, but tenant farmer Teddy Maufe has halved the area this season in response to the low contract price and is prepared to drop it completely if the 2017/18 price is not high enough.

Some 50ha (120 acres) is in the ground on the 445ha holding, destined for the Wissington factory in King’s Lynn. Crops are drilled with the farm’s 17-year-old machine, with all lifting done by a contractor. “We used to harvest and haul our own beet, but stopped having our own harvester, which we shared with a neighbour, about 12 years ago and sold our lorry eight years ago,” says Mr Maufe.

Average yields are nudging 70t/ha (28t/acre) but did hit a record 86t/ha (35t/acre) last year due to exceptional growing conditions.

The rotational benefit of providing an entry for spring barley is one of the main reasons for keeping the crop. However, Mr Maufe says the price needs to increase – otherwise he will reduce the area further or stop growing it altogether.

The farm’s light, sandy soil over chalk and its maritime microclimate are ideal for malting barley, but are less suited to beet, he says. “Lack of water is our biggest problem and means we are never going to achieve the big yields seen on heavier land.”

He acknowledges there can also be compaction and rooting problems in spring barley that follows beet harvested in wet conditions, especially on headlands. Farm roads can sometimes “take a hammering” from beet trailers and lorries, requiring expensive repair, he adds.

Mr Maufe says the price has to be at least in the mid-£20s per tonne to make beet worth growing in future. If that price could be achieved, he would aim to keep the area at about 60ha. But any price below that would see the area cut further, and he would drop it completely if it fell below £20/t.

“We have other break crop options available to us in the form of maize and wholecrop rye for a local AD plant. I’m not prepared to keep growing beet long term at the current price.”