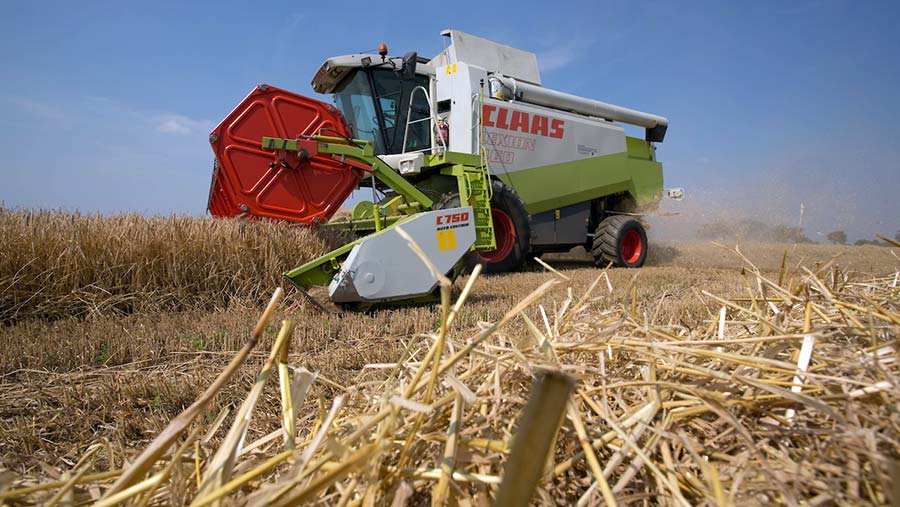 The 2017-18 barley export campaign started strongly as UK crops helped to fill the gap in Spanish supplies caused by drought this summer.

Spain accounted for 60,000t of the 113,000t of feed barley exported in July, the second highest monthly total in 14 years, just behind the 119,000t exported during the same period in 2015-16, when Spanish production was also down, according to AHDB Cereals & Oilseeds.

Spanish production is forecast to be 2m tonnes below the three-year average, at 58m tonnes this season.

“There is still a long way to go in the current export campaign, but the July figures certainly indicate a strong start to the year,” says AHDB analyst James Webster.

The UK is a net exporter of barley, selling 1.05mt to other European countries from last season’s 6.66mt crop, notably Spain, Portugal and Ireland. Several factors will influence the strength of future exports, Mr Webster says.

Not least is currency movement. Early export demand was boosted by sterling’s weakness against the euro, making UK barley more attractive in the eurozone. Sterling fell to its lowest level since October 2009 on 29 August at £1= €1.0757, but has recovered slightly to £1= €1.1276 at the time of writing.

Although buying interest remains strong and UK crop is still competitive, this strengthening has eroded its attractiveness in recent days. Traders also report a drop in barley coming forward for sale following the completion of harvest on most farms and grower attention diverted to autumn fieldwork ahead of selling grain.

The availability of domestic crop for export is another factor that influences exports. Planting figures show a 9% increase in GB spring barley area for 2017, offsetting a 1% drop in winter cropping. Defra will publish its first provisional estimate of wheat and barley production on 5 October.