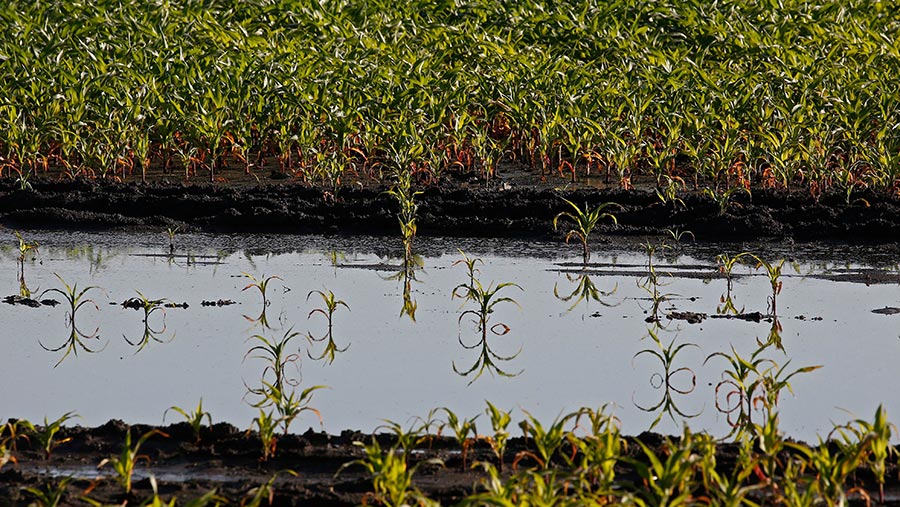 The UK new crop wheat market has seen further price rises as planting woes in the US continue to afflict arable farmers.

The UK wheat futures price for crop to be traded in November 2019 closed yesterday at £157.95/t, up £6/t in a week to stand at its highest point since mid-January.

A record 33m ha of US maize and soya was left to plant on 2 June, three times more than the average unplanted area for the time of year and almost 10m ha ahead of the previous worst year of 1995.

The worst-afflicted crop is maize, which is normally drilled up by the beginning of June, but two-thirds of the crop currently remains unplanted.

The planting pace has been RECORD slow for 2.5 weeks now. #plant19 pic.twitter.com/b9hbj89hLZ

Crop prices around the world have risen sharply in the previous three weeks as traders grapple with the impact of lower production in one of the world’s largest crop exporting nations.

UK wheat prices have increased as end users anticipate lower supplies of imported maize for animal feed production and other uses, which is likely to mean more demand for homegrown supplies of wheat.

Prices for oilseed rape have also seen modest rises over forecasts of lower soya production, but this has been dampened by falling oil prices and uncertainty over demand due to the US/China trade spat and falling Chinese demand as its pork herd has been decimated by African swine flu.

US farmers have been taking to social media to share their weather woes, with many using the #noplant19 hashtag:

I was getting worried, it hadn’t rained in 15 min or so. #NoPlant19 pic.twitter.com/tueOSUFd6B

Waiting on dad to come pull me out…. #noplant19 pic.twitter.com/ZYeP3J0PJK