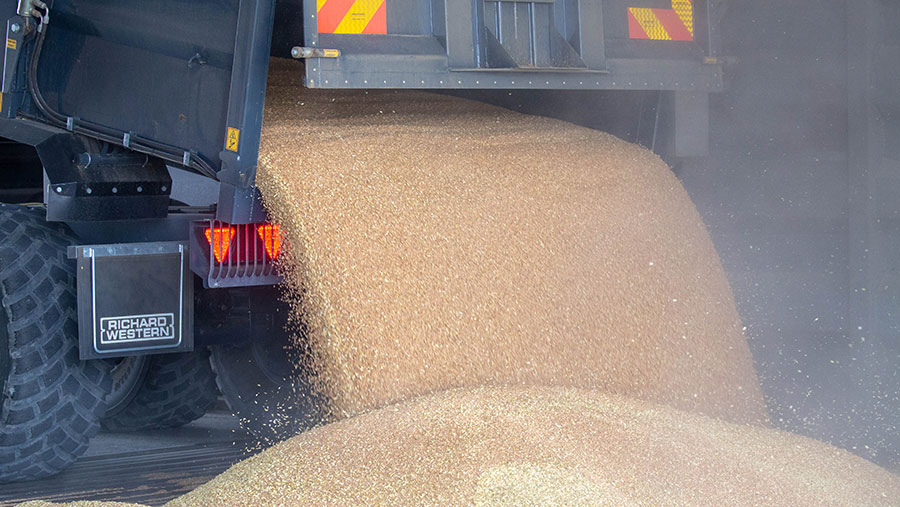 Wheat imports surged during July and August with millers looking to lock in supplies ahead of the end of the Brexit transition period on 31 December 2020.

September’s figures are expected to be released later this week.

See also: Read the latest from Farmers Weekly on crops markets and trends

David Eudall, head of arable market specialist at AHDB, said this is a trend he expects to continue for the rest of the year, with millers still facing uncertainty about trading arrangements and tariffs from 1 January.

“Millers have bought a huge amount of milling wheat to come into the country before 31 December to get around any trade issues that may appear.”

However, a significant level of imports was inevitable this year given a smaller domestic milling wheat crop – because of the reduction in the area planted – and reduced quality, he said.

This year only 31% of UK-grown Group 1 milling wheat varieties met the full bread-making quality specification, which is 14% below a year ago and 7.2% below the five-year average.

“So not only did we have a smaller area planted and therefore a smaller crop, we also have a poorer-quality crop as well.”

Mr Eudall said latest cereal use figures from the milling industry showed that imported wheat use between July and September had risen by 48.3%, compared with last year. However, this apparent rise has to be seen in context.