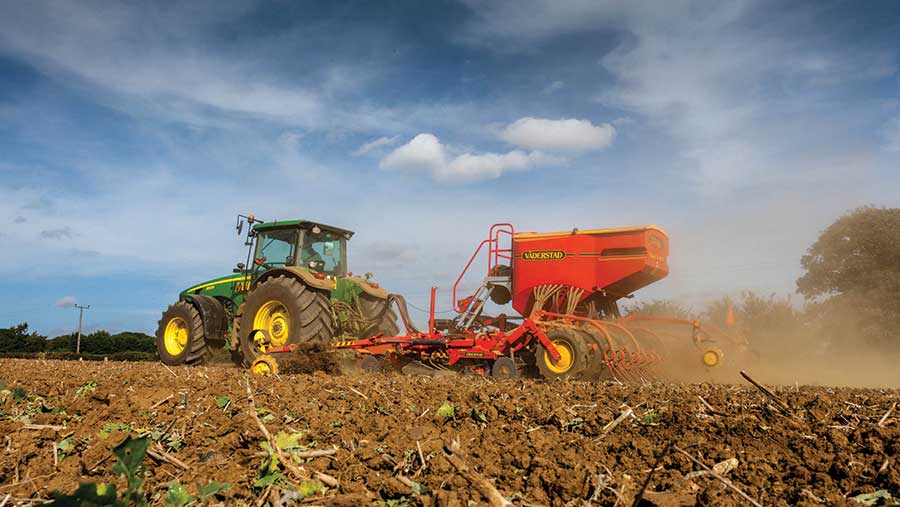 Since the top of the market during harvest, Liffe wheat futures have fallen by as much as £30/t and while some of this is undoubtedly down to crops generally performing better than feared, it’s not the only reason.

The political turbulence sweeping across the world is playing its part, mainly through the wide swings in commodity values and currencies.

But the overwhelming influence has been the almost runaway rate of Russian wheat exports.

See also: Nutrient leaf tests: When, why and how to do them

Although Russia experienced a sizeable drop in wheat production from more than 80m tonnes in 2017 to 69m tonnes in 2018, it has been exporting its surplus at an unprecedented pace, with early predictions suggesting this would be exhausted by Christmas.

While this is unlikely now, the trade believes Russia simply can’t continue to maintain its current pace of exports beyond early 2019 and demand must switch to the US and EU at some point.

In the meantime, these large volumes hitting markets have driven prices down considerably, so the trade waits with bated breath for this supply of cheap wheat to run out.

To what extent prices will rise when this happens depends on timing and what else is happening in the world at that point.

If supplies last until February or March this will coincide with new-crop information feeding into the market and with no suggestion of a fall in 2019 production, the bounce might not be as strong as everyone is expecting.

The bottom line is that for the moment, there is plenty of wheat in the world and it will take reports of another major weather event in a main producer country to lift prices for a prolonged period – even when Russia’s exports finally do run out.

If the global situation is complex, the UK’s is even more so, with things looking very different from how they did at harvest time.

The wheat crop turned out to be nearly 1m tonnes bigger than the doomsday estimates of 13m tonnes, with production now estimated at 14m tonnes.

At the same time, both the Vivergo and Ensus biofuel plants have stopped operating, which takes about 0.7m tonnes of demand away for the rest of this season.

The result is that the UK now has a moderate exportable surplus of about 0.5m tonnes to ship – somewhat less than the 2.8m tonnes of 2015-16, but certainly a turnaround from where we thought we were.

To date, shifting this excess has been painfully slow and UK values will have to remain competitive to avoid it being carried over to new crop.

At the same time, our domestic markets are still being flooded with imported wheat that had previously been destined for the ethanol plants, which is keeping further pressure on prices.

Looking ahead, wheat plantings for harvest 2019 look to be up about 5% on last year, with later drilling, better blackgrass control and favourable growing conditions to date potentially adding a further 5% to production.

A 10% lift in UK output over this year is not unfeasible and without the biofuel plants, this would put us back to having a good exportable surplus next season.

Plenty of wheat in the world for the time being with Black Sea supplies continuing to keep the market under pressure for the next few months.

Russian supplies won’t sustain the current pace of exports into the second half of the campaign. Demand will ultimately shift to the EU and US, but nobody can tell when this will happen. US trade talks with China could be a big market mover.

From time to time, there are a few small-scale weather events helping to support prices. For example, wet conditions in Argentina at harvest and winter weather in Europe and the Former Soviet Union with cold temperatures and frosts.