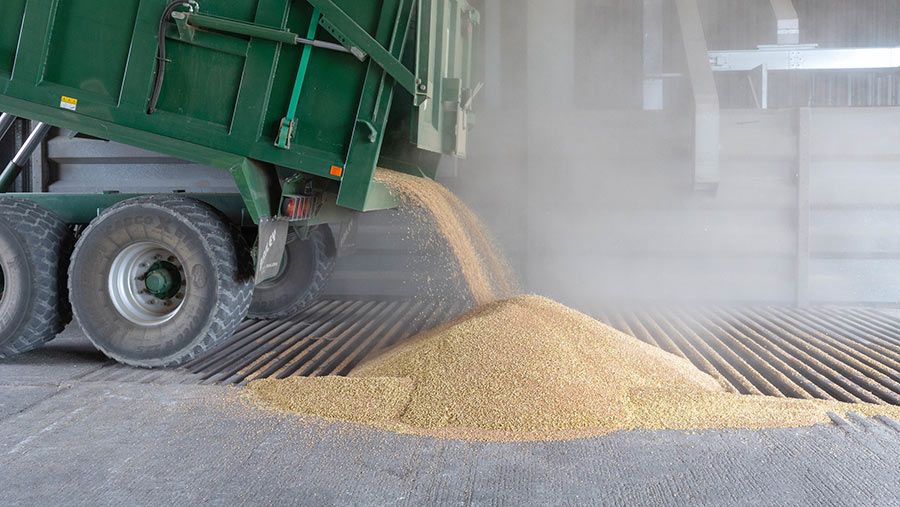 Wheat prices were pushed up further by a weakening pound early this week, with the May 2021 London feed wheat futures contract rising to £199/t delivered.

The pound has suffered further from growing concern over the UK’s failure to agree trading terms on its exit from the EU.

The human and economic effects of the new strain of coronavirus and the consequent further restrictions on movement and trade have also had an effect on sterling.

This has been compounded by France being closed to traffic from the UK and travel restrictions imposed by many other countries on people from the UK.

On the domestic market, millers and compounders seem to be reasonably well supplied for January to March, but still have plenty to do for April to July, said Stuart Shiells, trading director at Cofco UK.

“Some of the flour millers rolled UK purchases from October to December into January to March,  with the view to using as much imported as they could ahead of the Brexit deadline while holding UK supplies over to the new year,” he said.

“There is also a lot of imported milling wheat held in stocks, with vessels arriving right up to the end of December. So it might be that flour millers are a bit more comfortable than feed compounders, but it’s tough to accurately estimate.”

The May futures contract has put on £20/t in the past three months, with UK prices also strengthening on the back of tight supplies and the reducing prospects for the 2021 Russian harvest.

The tax runs alongside the previously announced export quota of 15m tonnes and is set at about £22.70/t. It will apply from mid-February to the end of June.

Winter wheat conditions in Russia are described as the worst for 10 years, with up to 3.2m ha possibly being a total loss.

Analyst Sovecon has reduced its estimate of the crop size to 76.8m tonnes, down from its previous estimate of 81m tonnes.

With the EU and UK set to produce far higher wheat crops in 2021, much of this may be needed to replace losses from the lower Russian harvest, said Frontier Agriculture in its most recent market report.

The way the Christmas and New Year holidays fall has made haulage difficult for some, with deliveries being squeezed into a shorter window than in a normal month.

This is usually an issue in December, but this year’s much smaller crop may be hiding a bigger problem, as there is still a trend of hauliers reducing in size or ceasing to trade, say merchants.