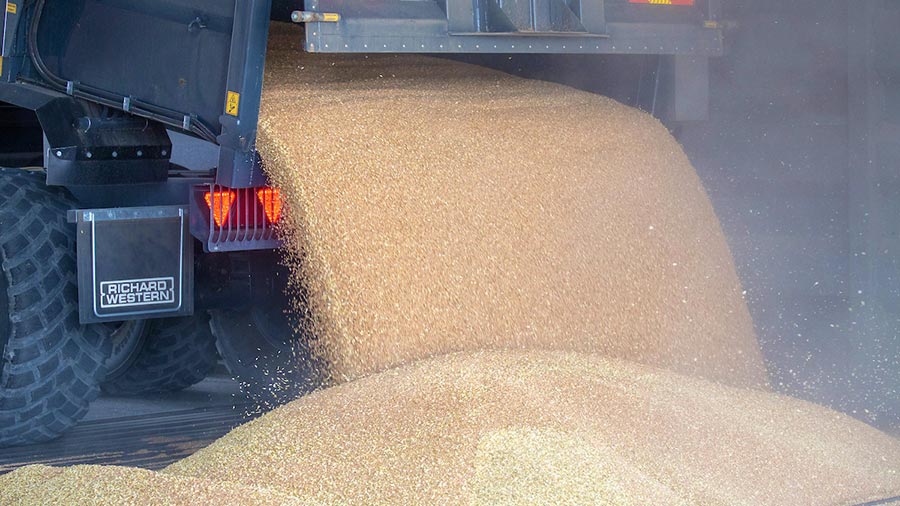 UK wheat prices are forecast to remain high this season as stocks tighten amid a combination of supply and demand issues.

According to the AHDB’s first official 2021/22 grain supply and demand estimates, total wheat availability is estimated at 16.89m tonnes, the second lowest tonnage since 2013/14 and against a backdrop of strong consumption forecasts.

AHDB analyst Megan Hesketh says the wheat balance of total availability and domestic consumption is estimated at 2.06m tonnes, just 441,000 tonnes more than 2020/21 levels and the third-lowest this century.

“With a tight UK supply and demand picture, we could expect domestic wheat prices to remain relatively elevated this season,’’ she warns.

It could also result in low stocks heading into next season, Ms Hesketh adds.

Wheat availability estimates have been reduced by 250,000 tonnes from earlier projections.

Imports slowed in September due to sea freight issues and increased costs and, as a result, import estimates have this month been trimmed from earlier estimates to 1.45m tonnes.

Meanwhile, the forecast for wheat consumption is buoyant.

Ms Hesketh says increases in consumption can be attributed to the starch sector and to the bioethanol industry, with the introduction of E10 biofuel.

Usage forecasts assume that the bioethanol industry will be fully operational by the first half of 2022, she points out.

Wheat usage as animal feed is forecast to jump by 20%, to 7.21m tonnes, down slightly from the early balance sheet but close to the five-year average of 7.12m tonnes.

This is partly due to a considerable narrowing of wheat and barley prices in recent months – animal feed demand for barley is expected to drop by 23%, to 4.07m tonnes.

But labour and logistical issues in some livestock sectors could trim feed demand in the second half of the 2021/22 season.

Regional differences may become increasingly apparent as the season progresses –  northern and Scottish ex-farm wheat prices are currently rising faster than other areas.

Total barley availability for 2021/22 is estimated down 1.32m tonnes on last season, to 8.25m tonnes, mainly due to a 12% reduction in forecast production and a 22% reduction in opening stocks.

Meanwhile barley consumption for H&I usage is expected to be up by 9% to 1.87m tonnes.

“Despite some logistical issues, the outlook looks more positive for brewers, maltsters, and distillers, as sales of beer and alcohol are understood to be back to pre-Covid levels,’’ says Ms Hesketh.

At 1.15m tonnes, this is the largest crop since 1972 and attributed to higher yields.

Increased usage is forecast in animal feed demand, up 2% to 407,000 tonnes, down to feed oat prices at a sizeable discount to other cereals.

With consumption relatively unchanged and availability up, end-season stocks for 2021/22 are forecast up 93% year-on-year to 284,000 tonnes.

Maize availability is forecast to be down to 2.12m tonnes, mostly due to an expected 26% reduction in imports.

Consumption is also forecast down for both H&I usage and animal feed demand alike.

“However, in a case that freight issues ease and maize prices become more competitive to UK wheat, we could see higher use of maize as a feedstock in ethanol production and in animal feed rations,’’ says Ms Hesketh.